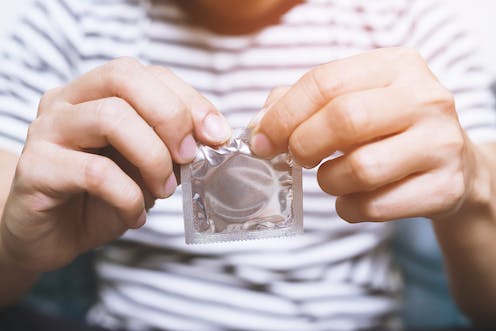 In September 2018, a prominent Melbourne surgeon and academic was charged with rape and sexual assault for alleged offences committed a year earlier against a male doctor.

The surgeon and doctor had gone out for dinner and returned to the doctor’s home and had intercourse. Despite assuring the doctor he would use a condom, the surgeon is alleged to have removed it without consent, a practice known as “stealthing”. The doctor later made a complaint to police and the surgeon was charged with one count of sexual assault and one count of rape.

In late July, a committal proceeding took place in the Magistrates Court of Victoria to determine whether there was enough evidence to require the surgeon to stand trial. The surgeon was committed to stand trial next year.

Read more: Women's reproductive lives are being interfered with on a large scale – new study

This week, an appeal from the Medical Board of Australia was dismissed and the surgeon was permitted to continue treating patients while the criminal case makes its way through the courts. Justice Richard Niall said that immediate action against the surgeon was not in the public’s interest.

From a legal standpoint, the case brings up an important question about how this offence should be classified under the law. At the moment, no criminal law in Australia explicitly identifies stealthing as a sexual offence.

Sexual violence is becoming increasingly prevalent in Australian society, with nearly one in five women (18%) and one in 20 men (4.7%) experiencing sexual assault and/or threats in their lifetime.

Stealthing, an emerging area within criminal law, is believed to happen even more frequently. According to a recent joint study between the Melbourne Sexual Health Centre and Monash University, one in three women and nearly one in five men in Australia have reported being stealthed.

The study found that most women who had been stealthed met the perpetrators through friends (29%) or sex work (23%). Male victims of stealthing, meanwhile, tended to meet their partners (also mostly male) through dating apps or online.

Unfortunately, the statistics for reporting stealthing mirror reporting rates for sexual offences more generally, with the study finding that only 1% of respondents indicated they had reported stealthing incidents to police.

Stealthing poses a multitude of risks to both physical and psychological health, including the transmission of sexually transmitted infections and HIV, as well as unplanned pregnancies, depression, anxiety, and in some cases post-traumatic stress disorder.

Despite the decades of extensive reform of laws governing sexual offences in Australia, significant gaps remain in the legislative provisions governing consensual intercourse.

Definitions of rape in Victoria and sexual assault in other states mandate an assessment of whether or not an individual understands the sexual nature of the act and whether or not full consent has been given prior to engaging in intercourse. Under current laws, this consent cannot be granted without “free agreement”.

The real issue with the laws as they stand is that stealthing just doesn’t fit into the current definition of rape. The current definition is simply about whether or not the victim, in this case the doctor, understands that the act that they have consented to is sexual in nature, not whether any other conditions, such as condom usage, have been met.

Situations where those conditions have changed – such as when a condom has been removed – should require “fresh consent” from both partners. As Lina Howlett, a NSW sex crimes squad commander, explains,

sex turns into assault when consent is not given or [is] withdrawn, e.g. they are having consensual sex and one party becomes aware that the condom was removed and tells the partner to stop and the partner continues.

The problem is, there is no legal precedent for such a case in Australia.

Other cases around the world

Switzerland is out in front on this issue globally, with courts there upholding a 12-month suspended sentence for a man convicted of stealthing. The Swiss case is believed to be the first to specifically deem the removal of a condom without a partner’s consent to be a criminal act. The could provide some preliminary insight into how the courts in Australia will view this sexual crime.

There is no current call by legislators in Australia to update the laws against sexual assault to include stealthing. However, there is some movement in other jurisdictions around the world. In the US, Wisconsin and California have both attempted to change the laws with bills in recent years.

A judgement in the case against the surgeon accused of stealthing in Victoria should provide some legal clarity on the issue, hopefully providing impetus for a move to change the laws here.

Why Australians fell out of love with Holdens

ShutterstockAs a parent, I find it so frustrating to take my children shopping, reusable bags in hand, only to be offered plastic toys at the checkout. It’s an incredibly confusing...

Nearly 80% of Australians affected in some way by the bushfires, new survey shows

James Gourley/AAPLast month, the Australian National University contracted with the Social Research Centre (SRC) to survey more than 3,000 Australian adults about their experiences and attitudes related to the bushfires...

ShutterstockWarning: this piece features frequent coarse language that may offend some readers.S...

AAP/Lukas CochIn his Closing the Gap speech to parliament last week, the prime minister injected some order and transparency back into the constitutional recognition process.The PM anchored his government’s work...

ShutterstockHeavily subsidised aged care services used to be seen as a right and entitlement for all older Australians. But as aged care demand grows and costs rise, it’s becoming increasingly...

Victoria’s government finds itself in a big hole with its West Gate Tunnel project. As diggers lie idle in a dispute over what to do with contaminated soil, it’s facing...

Rain has eased the dry, but more is needed to break the drought

After the intensely dry conditions of 2019, January and February have brought much-needed rain. Dams in many cities and towns were replenished and some farmers may be able to grow...

Richard Wainright/AAP ImageWhen people think about Australian Rules Football injuries, they tend to think about head injuries and the long-term effects of concussion. Or they might think of the potentially...

If you’re a traveller who cares about reducing your carbon footprint, are some airlines better to fly with than others?Several of the world’s major airlines have announced plans to become...