Some promising polling for Labor in recent weeks has inevitably raised that perennial question for a party whose national triumphs since Federation 120 years ago have been rare: can it win the next election? And in the manner of modern elections, the question soon becomes a more personal one: can it win under its present leader, Anthony Albanese?

My punditry in such matters is likely to be no better or worse than anyone else’s. Apart from polling, the limitations of which have become all too well known, there’s little for most of us to go on.

First, they need to keep government accountable, scrutinising its behaviour using parliament, committees such as Senate Estimates, and the media to draw attention to government failings or worse.

Their other job is to make themselves look like an alternative government. They do so by preparing policies, crafting an attractive image, and attending to problems such as weaknesses in the party organisation.

Taking these two roles into account, how well has Labor been doing this under Albanese?

In the aftermath of the 2019 election, as is usually the case after an election defeat, it’s hard for an opposition to get a hearing. The government will usually have an agenda that it pursues aggressively in the flush of an election victory. Few wish to listen to the leader of a party only recently repudiated at the polls.

The months that followed the 2019 election had some of these features. The government pursued massive tax cuts, which Labor supported. But given Prime Minister Scott Morrison’s lack of an agenda – his policy at the 2019 election was to win the 2019 election – there was little for Albanese and Labor to get their teeth into.

That soon changed. Summer is usually a quiet time for both government and opposition. It was on this basis, that Morrison, “Jen and the girls” headed for Hawaii. But the Black Summer bushfires provided Albanese and the Labor opposition with their first chance to lay a glove on Morrison.

While Morrison’s performance was so poor that Albanese needed to do little to look good by comparison, the crisis did damage the government sufficiently to raise Labor’s hopes that the shine gained from “Morrison’s miracle” was wearing off. 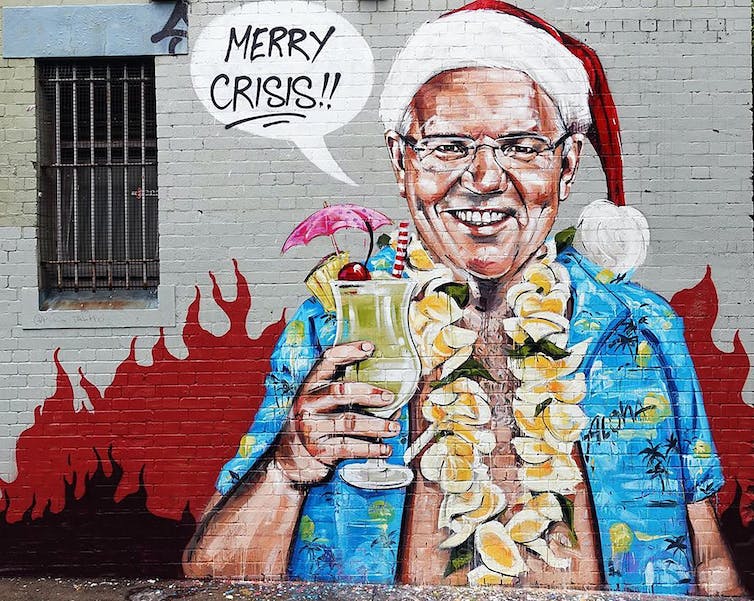 Morrison’s absence for a Hawaiian holiday during the Black Summer of 2019-20 provoked community outrage, and an opportunity for Albanese. AAP/Instagram/Scott Marsh

Then came sports rorts. This scandal provided Labor with opportunities to build an argument that this was a mean and tricky government that put winning elections ahead of integrity or fairness. It claimed a ministerial scalp.

Sports rorts was soon overwhelmed by the pandemic. This was very bad news for Labor. Parliamentary sittings were reduced. Worried citizens attended to their private affairs. National cabinet provided a sense of Labor state governments being drawn into the tent with Morrison, while the federal Labor opposition was rendered irrelevant. Morrison even courted the unions with some success.

Governments almost invariably benefit from major crises because they are seen as doers. There are strong pressures to place an increasing range of issues “beyond politics”, a boon for those intent on looting the treasury and bad for public accountability.

The government’s massive spending stimulus made Labor seem particularly irrelevant. There can be no doubt that if a Labor government had tried anything similar, it would have been subjected to the mother of all campaigns by right-wing media.

So, if Albanese and much of his front bench seemed invisible during this period, this is not a matter for which they can be much criticised. And to be fair, several Labor shadow ministers used this period productively to explore what a post-pandemic order might look like.

We complain about our politicians spending too little time reading and thinking. We should notice when they do. This was Labor performing the second of those functions of opposition: crafting an alternative government. 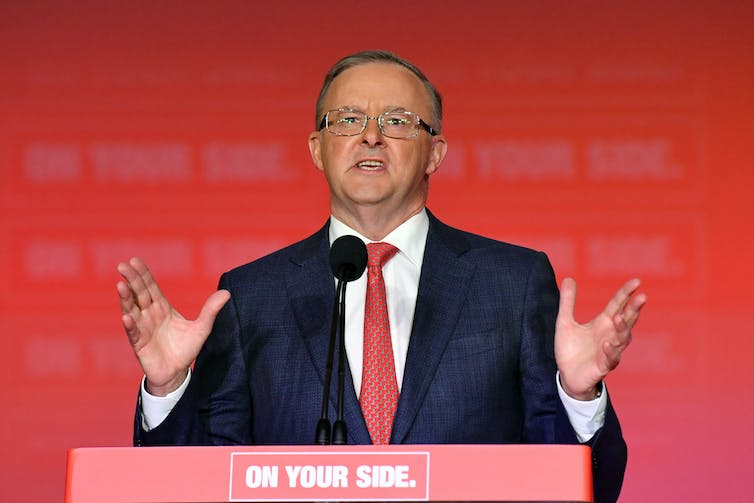 With the pandemic largely under control, Albanese has a better chance to present himself as an alternative prime minister. AAP/Mick Tsikas

The gods have been kinder to Labor during 2021. The government has been mired in crisis, scandal and sleaze. Labor, meanwhile, has benefited from its slow and steady achievement of greater gender equity during decades in which the Coalition’s performance in this area has deteriorated.

Read more: Grattan on Friday: The worst is not over in the crisis tearing at Scott Morrison's government

Labor has admittedly had to do little to keep the government accountable in these matters – Morrison’s ineptness and an enterprising group of mainly female journalists have done its job for it – but the party has benefited enormously from having capable women in leadership positions. Albanese has been able to avoid looking like another well-meaning mansplainer when the issues of sexual assault and harassment are in the spotlight.

The blatant failures of the vaccination program have provided new opportunities for the Labor Party to criticise a government that likes to present itself as the saviour of the Australian people in its hour of need – as Psalm 46 would have it, “a very present help in trouble”.

Electors seem less certain. They have returned two state Labor governments in Queensland and Western Australia widely perceived to have kept their populations safe. Other state governments remain popular, even that of Daniel Andrews, despite Victoria’s ordeal of a second wave of infections.

It is not clear how much credit the Morrison government will be able to claim. Dealing competently with the Global Financial Crisis in 2008-9 appeared to win the Rudd government limited credit among voters in the medium term. It was persecuted for a few failures instead.

Albanese’s place in these considerations remains an ambiguous one. Tanya Plibersek seems to have emerged as the most likely alternative and, if Albanese were to falter at the next election, his successor.

The rules adopted by the Labor Party during the second Rudd prime ministership in 2013 make it difficult to remove a leader between elections unless he or she agrees to go. In any case, and leaving aside the party’s split under Billy Hughes in 1916 and the interim leadership of Frank Forde in 1945, Labor has still only once removed a leader without giving him the opportunity to fight an election: Simon Crean in 2003. 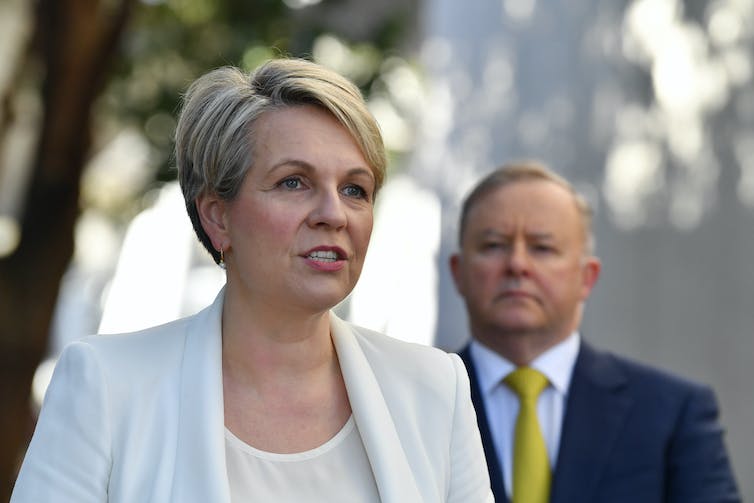 As the son of a single mother raised in public housing, Albanese has a backstory that might be attractive to may voters, if they only knew it. He is a consummate political professional in an age of political professionals, admired for his management of parliamentary business during the challenging minority government of Julia Gillard.

Albanese would not have been among the front rank of ministers in the best Labor governments of the modern era — those of Bob Hawke in the 1980s. But that probably isn’t a large mark against him. After all, the general quality of our political leaders has deteriorated since then, too.

At the very least, the turn of the political dial seems to give Labor, and Albanese, a fighting chance.