Federal Education Minister Alan Tudge’s push for better engagement between universities and industry signals renewed ambition and dynamism among higher education policymakers. Research commercialisation is being pitched as the way to rejuvenate a higher education sector plunged into crisis by the COVID-19 pandemic. Government has a crucial role to play in this process, and we have identified three specific steps it can take to help Australia catch up with the world’s best.

Australia’s public universities are world-class research bodies. But, unlike many universities in places like Europe and the United States, they are not good at building on that research for commercial returns. Australia’s level of research commercialisation is one of the worst in the developed world.

Read more: How to get the most out of research when universities and industry team up

This has been a vexed issue for Australian universities and governments for many years. Tudge has highlighted how research spending in Australia is four times what it was 20 years ago, but invention disclosure numbers remain basically unchanged. Compared to Australia, public research organisations in the United States, Canada, United Kingdom and others have two or more times the level of invention disclosures and start-ups for every billion dollars spent on research.

Tudge pointed to the example of Hebrew University of Jerusalem. Its inventions generate more than A$2 billion in annual sales. For comparison, the most any Australian university received from foreign student tuition fees in 2019, the last pre-pandemic year, was less than A$1.1 billion. 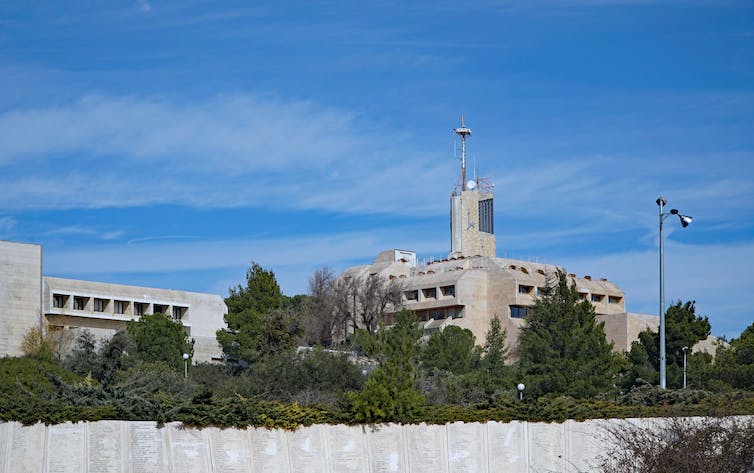 The Hebrew University of Jerusalem earns twice as much from its inventions as any Australian university gets from international student fees. Shutterstock

Read more: As hopes of international students' return fade, closed borders could cost $20bn a year in 2022 – half the sector's value

The minister has detailed some ways the federal government has encouraged commercialisation. These include adjustments to government grants for research. Yet these efforts are certainly not novel or sufficient. More can and should be done.

Both sorts of firms are often integral to supercharging the commercialisation of research. Few, if any, of the most innovative technologies in the world would have been as ubiquitous without one or both of these two critical pillars of research commercialisation being involved at some point.

Australia’s woeful rankings in academic-industry collaboration cannot be blamed solely on universities. Australian industry itself invests less in research and development (R&D) than most of the developed world.

Read more: Australia can do a better job of commercialising research – here's how

Anchor firms generally invest more heavily in R&D. They also are integral to supercharging commercialisation, through economies of scale (bigger consumer base) and scope (multiple markets).

Venture capital firms commercialise innovations on a global scale. Their presence in Australia has grown considerably in recent years. Australia’s Early Stage Venture Capital Limited Partnerships has helped, but more can be done.

Israel, for example, leads the world in venture capital investments as a percentage of GDP, but it wasn’t always this way. Under the Yozma program from 1993 to 1998 the government provided 40% of the money raised by private investors in the country. It operated in tandem with a direct investment program targeting small, high-growth start-ups.

2. Help academics to be more commercially focused (versus solely focused on research and teaching).

Cultural change must begin early with the future academic workforce, and governments should work with universities to achieve this. The government should consider bolstering initiatives focused on early-career researchers.

While select Australian universities and CSIRO have industry PhD programs, they are under-resourced and uncommon. Many are still in a pilot stage.

Countries like France and Denmark have carried out government-backed industry PhD programs with documented success. Their success is built on buy-in from all stakeholders and reliably consistent government support.

Benchmarking Australia’s policies against these countries and others helps identify ways for government to enhance applied research and industry engagement. These include ease of secondment from academia to industry, the maturing of industry postgraduate programs, non-university-based applied research institutes, and more. 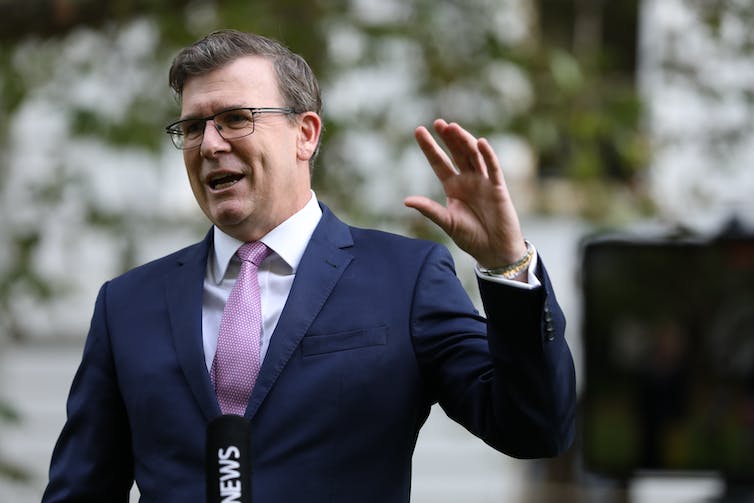 University research is typically commercialised through a technology transfer office (TTO). These can vary considerably in their function, mandate and structure from one university to the next. Some have a limited scope, leading to subpar commercialisation outcomes.

The federal government should create a national TTO that universities can access through a hub-and-spoke model, rather than duplicating resources with institution-level TTOs. This national office would have a larger objective beyond merely protecting institutional intellectual property and maintaining an inward institutional-looking perspective.

Like the German model, an Australian TTO should provide a bridge between the academic world and entrepreneurs, investors, industries and communities. It should work with the likes of the Australian Trade and Investment Commission to promote Australian R&D capabilities as well as state-based agencies such as Investment NSW.

Echoes of the last crisis

According to Margaret Gardner, chair of the Group of Eight representing research-intensive universities, the plight of Australian public universities is the most dire since the second world war.

The lack of government intervention to support the export education sector during the pandemic has left universities with huge shortfalls in foreign student tuition fees, which they relied on to fund research. At the same time, security concerns have dramatically increased government oversight and regulation of university operations. An apparent policy shift towards prioritising vocational education over higher education, most notably through the Job-Ready Graduates Package, adds to the pressures on universities.

As with WWII, a worldwide crisis has forced massive government interventions in Australia’s economy. The plight of Australian public research universities is dire, meaning government has a critical role to play.