The mind needs monsters, as David Gilmore tells us in his classic 2003 text on the subject. But I’m not sure that I really needed mine. What is there to need in a massive and monstrous worm living under the bed?

Psychologists tell us that monsters begin to occupy a child’s imagination from the age of two or three, in response to normal neurological development and functioning. By preschool most children will have experienced monster-related fears. Around half of all high-school students still retain fears of imaginary and supernatural phenomena.

I was part of that half, carrying with me a terrifying creature that would threaten to make appearances in the dusk and dark of my adolescent playing-around-the-watery-edges of creeks and lagoons. But I’ll hazard a guess that my monster was different to most of those detailed in the psychological literature: I know exactly where it came from and what it was called. 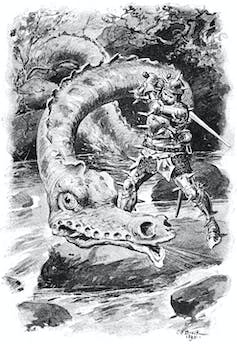 An 1890 illustration of the legend of the Lambton Worm by Edwin Sidney Hartland. Wikimedia Commons

My monster was The Lambton Worm.

I’ve come to call it a “gift” from my father on account of it being him that (perhaps ill-advisedly) told me about it as a bedtime story. Most of its salient characteristics are contained in the tale he told: The Story of the Lambton Worm.

The story details a great slithering beast, a dragon that ate livestock and children along the River Wear in England’s County Durham. It grew from a tiny eel-like creature discarded by a local aristocrat from the Lambton family after a fishing trip on the Sabbath: this latter detail a narrative omen drawing attention to the dangers of profanity, a significant concern in the social history of the story.

Which gets to the real point of my interest: the passage of stories through time. I’m curious about the resilience of particular narratives. And, even more so, I’m fascinated by their details: those that remain unaltered, the ones that evolve over time, and the ones lost altogether.

Before leaving Australia in late 2017 in search of the source of my childhood terror, I was sure that the Lambton Worm was descended from ancient sources. But the exact nature of these sources, and how far the contemporary story has diverged from them, would only become clearer in the field.

Anthropologists of folk tales, like Jamie Tehrani, have tracked stories such as Red Riding Hood, Beauty and the Beast, and Jack and the Beanstalk back over a thousand years. These stories move, Tehrani argues, “both vertically across generations, but also horizontally across space”, where they establish themselves in distinctive local forms (known as oikotypes). 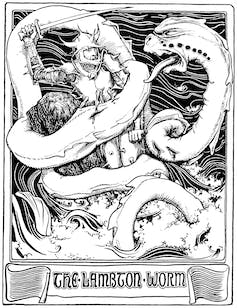 The story of the Lambton Worm, at its most basic, is a dragon-slaying one: think St George. A battle-hardened hero is inducted into service against a toxic and evil force that threatens people and their place in the world. The hero, despite the fact that many others have failed, defeats the dragon. But the story of the Worm, as an oikotype of the dragon-slayer genus of narratives, has some crucial differences to its more generic relations.

I put this to Tehrani, an associate professor of anthropology at Durham University – a campus situated only a few miles upstream from where the folk history of the Worm is said to have transpired on the River Wear at a site near the present village of Biddick.

“To me, the Lambton Worm is actually a redemption story. John Lambton was the one who caught the creature in the first place, and it’s he who must make amends by killing the Worm,” Tehrani tells me, “so this is quite different from the usual form of dragon-slayer stories.”

Another difference, Tehrani says, is that “usually the dragon slayer after his great victory wins the girl and the glory … But all John Lambton seems to win is a curse: that seven generations of the Lambton family will not die in their beds.”

For Tehrani the most interesting aspect of the curse is that it comes because the dragon slayer disobeys the instructions of a wise woman (or witch) and refuses to slay his own father after his success in killing the marauding Worm.

“So the story could be a metaphor for out-of-control male sexuality. You can’t really think of a more phallic image than a worm that grows into this enormous, dangerous thing that threatens women and children. This is toxic masculinity that has run out of control and needs to be brought to heel.” 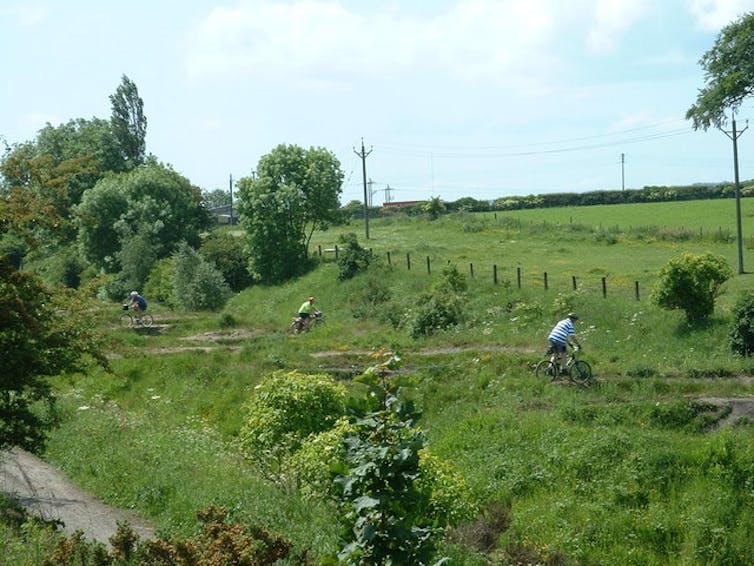 Toxic masculinity, at first glance, feels like one of the more contemporary “readings” of the tale. Until I was reminded of Bram Stoker’s (1911) take on the story: The Lair of the White Worm. With lashings of gratuitous racism and misogyny, a female “nature” worm is defeated by a strategy of high “masculinity” and copious gunpowder. In Stoker’s story the plan is conceived and executed by a returning colonial made rich on the Western Australian frontier.

If monsters embody “fear, desire, anxiety and fantasy” at a “certain cultural moment”, as Jeffrey Jerome Cohen has written in his contribution to Monster Theory, then changing formulations of the monstrous Worm offer an intriguing cultural history.

For anthropologists like Veronica Strang and Robert Layton, the genesis of the Worm lies in some of the earliest known mythic sources, and relates to global stories of “Water Beings”. These beings are attempts to materialise attributes associated with water in the environment – like flooding rivers, thunder and lightning storms. “Without question,” says Layton, “the Lambton Worm is a water dragon.”

Both Strang and Layton have worked extensively with Australian Indigenous nations and these formative fieldwork experiences have led them to understand British dragons and worms in a similar frame to Indigenous dreaming serpents.

Strang’s thesis is that there are “universalities” in how cultures respond to the particular qualities of water, and “physiological and cognitive processes that are common to all human beings” tend to generate “cross-cultural themes of meaning that persist over time and space”.

This universality was strangely comforting as I contemplated a childhood in fear of the beast.

But the biggest surprise of my fieldwork was that locals in the villages of Washington (in County Durham, where the worm was once said to have done its terrorizing) were both staunchly proud of the thing and largely sure of its historical existence.

The consensus was that it was a great eel, albeit with a “dragon’s head”. 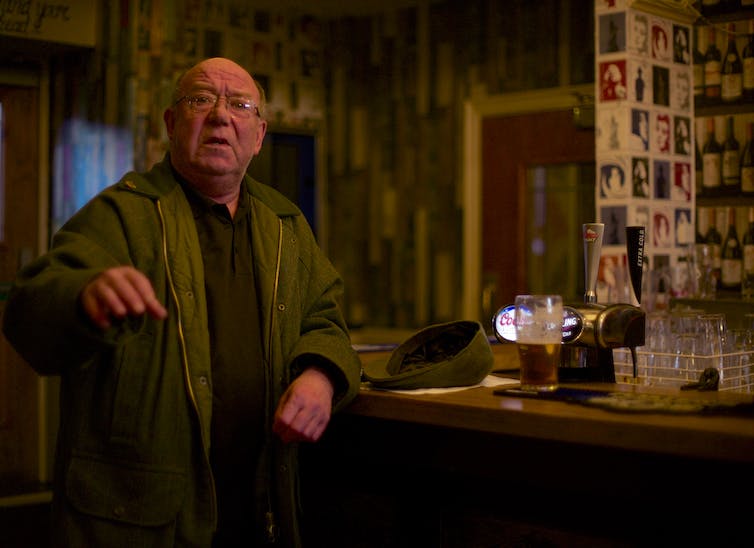 Local publican Geoff Mendham told the author: ‘It was a great big eel, with a dragon’s head.’ Tom Murray

Still, in a world of rapid climate change, overfishing and catastrophic plastic pollution at its breeding site in the Sargasso Sea, what chance is there today for this critically endangered species: the Great Lambton Eel-Worm?

I’ve made my peace with the beast: a rare monster indeed.

Tom Murray currently has a two-part radio program on the subject broadcast on ABC Radio National’s The History Listen. You can listen to the first episode here. The second episode airs tomorrow and can also be found online here.