On Friday I flew in a helicopter over the fire-ravaged Kosciuszko National Park. I was devastated by what I saw. Cherished wildlife species are at grave risk of extinction: those populations the bushfires haven’t already wiped out are threatened by thousands of feral horses trampling the land.

The New South Wales park occupies the highest mountain range in Australia and is home to plants and animals found nowhere else in the world. Many of these species are threatened, and their survival depends on protecting habitat as best we can.

As the climate has warmed, the cool mountain habitat of these species is shrinking; bushfires have decimated a lot of what was left. Feral horses now threaten to destroy the remainder, and an urgent culling program is needed. 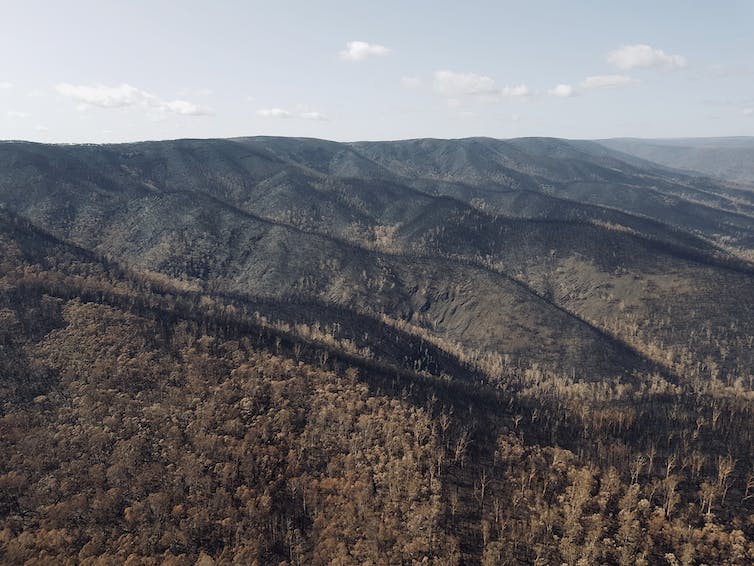 Devastation as far as the eye can see on the burnt western face of Kosciuszko National Park. Jamie Pittock

Not a green leaf in sight

Australia’s plants and ecosystems did not evolve to withstand trampling by hard-hooved animals, or their intensive grazing. Unfortunately, the New South Wales government has allowed the population of feral horses in the park to grow exponentially in recent years to around 20,000.

I flew over the northern part of the park with members of the Invasive Species Council, who were conducting an urgent inspection of the damage. Thousands of hectares were completely incinerated by bushfires: not a green leaf was visible over vast areas. A cataclysm has befallen the western face of the mountains and tablelands around Kiandra and Mount Selwyn.

Read more: Many of our plants and animals have adapted to fires, but now the fires are changing

Further north and east of Kiandra the fires were less intense and burnt patchily. On Nungar Plain the grassland and peat wetlands were only lightly burnt, and the first green shoots were already visible along the wetlands of the valley floor.

At first, I wondered if the fires may have spared two animals which live in tunnels in the vegetation on the sub-alpine high plains: the alpine she-oak skink and broad-toothed rat (which, despite the name is a cute, hamster-like creature). 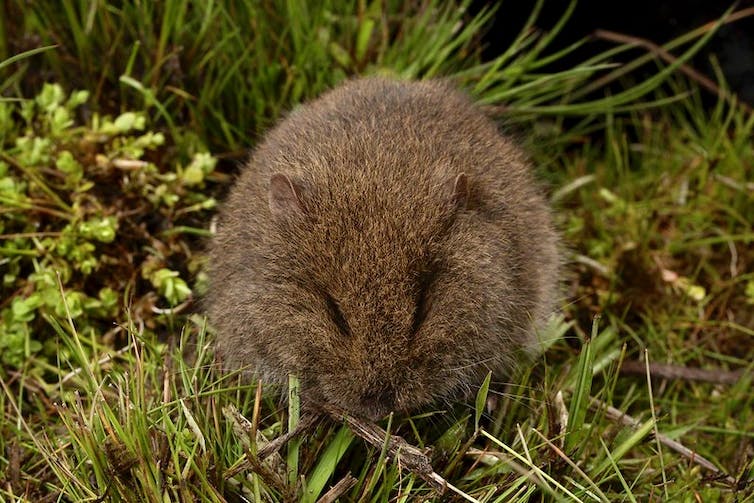 But not only was their understory habitat burnt, a dozen feral horses were trampling the peat wetlands and eating the first regrowth.

On the unburnt or partially burnt plains a few ridges over, 100 or more horses were mowing down the surviving vegetation.

Next we flew over a small stream that holds the last remaining population of a native fish species, the stocky galaxias. A small waterfall is all that divides the species from the stream below, and the jaws of the exotic trout which live there.

The aftermath of the fires means the last refuge of the stocky galaxias is likely to become even more degraded.

Over the years, feral horses have carved terraces of trails into the land causing erosion and muddying the stream bank. As more horses congregate on unburnt patches of vegetation after the fires, more eroded sediment will settle on the stream bed and fill the spaces between rocks where the fish shelter. Ash runoff entering the stream may clog the gills of the fish, potentially suffocating them. 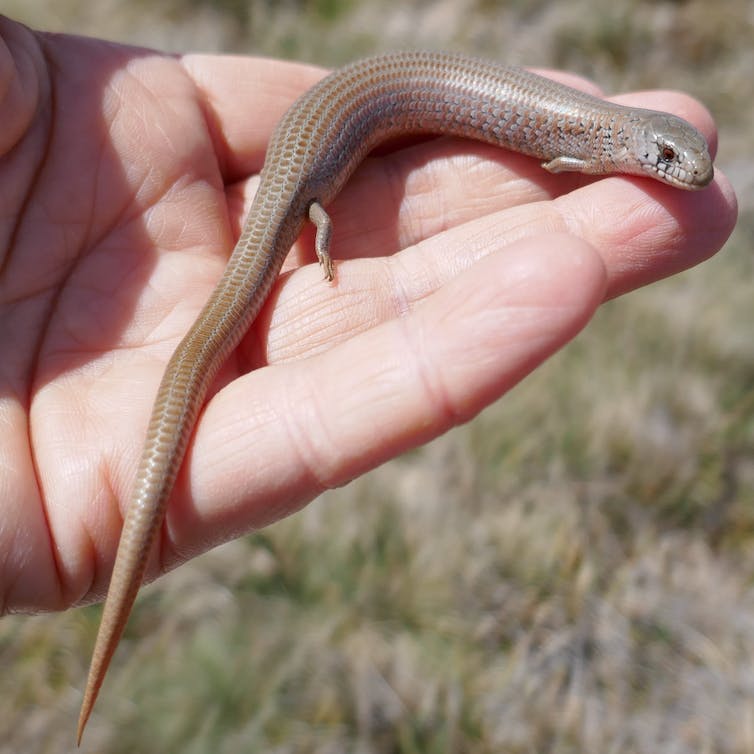 Read more: Conservation scientists are grieving after the bushfires -- but we must not give up

Many key wetland habitats of the southern and northern corroboree frogs have also been burnt. These striking yellow and black frogs nest in wetland vegetation. 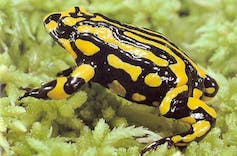 We hovered over a key wetland for the northern corroboree frog that had not been burnt, deep in the alpine forest. A group of feral horses stood in it. They had created muddy wallows, trampled vegetation and worn tracks that will drain the wetland if their numbers are not immediately controlled.

Horses out of control

Five years ago a survey reported about 6,000 feral horses roaming in Kosciuszko National Park. By 2019, the numbers had jumped to at least 20,000.

We saw no dead horses from the air. Unlike our native wildlife, most appear to have escaped the fires.

Read more: Why do brumbies evoke such passion? It's all down to the high country's cultural myth-makers

Flying down the upper Murrumbidgee River’s Long Plain, I saw large numbers of feral horses gathered in yet more wetlands. Displaced by the fires to the south and west, they were already trampling the mossy and heathy wetlands that store and filter water in the headwaters.

The Murrumbidgee River is a key water source for south-east Australia. The horses stir up sediment and defecate in the water. They create channels which drain and dry the wetlands, exposing them to fire.

One-third of Kosciuszko National Park has been burnt out and at the time of writing the fires remain active. Feral horses are badly compounding the damage. 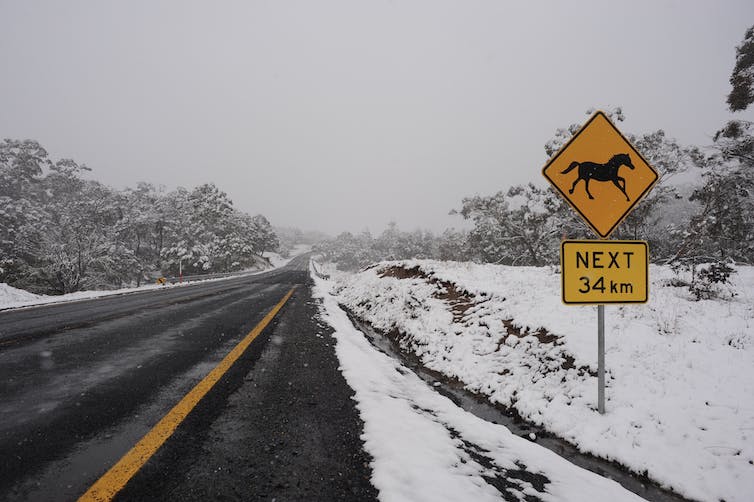 Feral horse numbers in the national park have reached at least 20,000. Perry Duffin/AAP

If we don’t immediately reduce feral horse numbers, the consequences for Kosciuszko National Park and its unique Australian flora and fauna will be horrendous.

Responsible managers limit the numbers of livestock on their lands and control feral animals. The NSW government must repeal its 2018 legislation protecting feral horses in Kosciuszko National Park, and undertake a responsible control program similar to those of the Australian Capital Territory and Victorian governments.

Without an emergency cull of feral horses in Kosciuszko National Park, burnt vegetation may not fully recover and threatened species will march further towards extinction.

Jeff Chiu/APYou might have missed it – what with the biggest recession since the 1930s and a pandemic going on – but there may be big, and bad, changes happening...

ShutterstockSmokers are worried. A respiratory disease is running rampant across the globe and people with unhealthy lifestyle habits appear to be especially vulnerable. We know smokers hospitalised with COVID-19 are...

A modern portrait of Jeanne Barret disguised as a man, based on the author's interpretation.Timothy Ide, Author providedIn 1765, a young, peasant woman left a remote corner of rural France...

ShutterstockIt’s been more than four years since New South Wales greyhound racing was rocked by a special inquiry that found overwhelming evidence of systemic animal cruelty, including mass killings. Overbreeding...

The extreme, recent drought has devastated many communities around the Murray-Darling Basin, but the processes driving drought are still not well understood. Our new study helps to change this. We...

Aaron Chown/AAPThe United Kingdom has already been battered by COVID-19, with about 410,000 cases and more than 41,000 deaths.But after some respite over summer — and entreaties to “Eat Out...

Scott Graham/UpsplashIt’s one thing to bring forward tax cuts, as the government is thinking of doing in the October budget.It’s another to leave wide open an arrangement that allows substantial...

Can Morrison use his 'bully pulpit' to inspire the confidence vital for economic recovery?

We’ve all observed Scott Morrison’s pragmatism in this pandemic but COVID has highlighted another notable feature of his political style.The prime minister is a great admirer of Theodore (“Teddy”) Roosevelt...

Government proposes changes to smooth the path for borrowers

The government has announced reforms to facilitate an increased flow of credit to households and businesses.A key change will be that banks and other lenders will be able to rely...

Keating is right. The Reserve Bank should do more. It needs to aim for more inflation

Ashwin/ShutterstockFormer prime minister Paul Keating isn’t alone in wanting the Reserve Bank to do much more to ensure economic recovery.In an opinion piece for major newspapers he has said it...

Josh Frydenberg has painted a sombre picture of the outlook for the Australian economy, saying that by mid next year it is set to be 6% smaller than forecast at...

ERIK ANDERSON/AAPThe state of emergency that has been issued in Victoria during the pandemic is to be taken seriously. Police are undoubtedly one component of the state’s health response, needed...