Each year the ocean is inundated with 4.8 to 12.7 million tonnes of plastic washed in from land. A big proportion of this plastic is between 0.001 to 5 millimetres, and called “microplastic”.

But what happens during a storm, when lashings of rain funnel even more water from urban land into waterways? To date, no one has studied just how important storm events may be in polluting waterways with microplastics.

Read more: Microplastic pollution is everywhere, but scientists are still learning how it harms wildlife

So to find out, I studied my local waterway in Sydney, the Cooks River estuary. I headed out daily to measure how many microplastics were in the water, before, during, and after a major storm event in October, 2018.

The results, published on Wednesday, were startling. Microplastic particles in the river had increased more than 40 fold from the storm.

Particles of plastic found in rivers. They may be tiny, but they’re devastating to wildlife in waterways. Author provided

To inner west Sydneysiders, the Cooks River is known to be particularly polluted. But it’s largely similar to many urban catchments around the world.

If the relationship between storm events and microplastic I found in the Cooks River holds for other urban rivers, then the concentrations of microplastics we’re exposing aquatic animals to is far higher than previously thought.

They may be tiny, but microplastics are a major concern for aquatic life and food webs. Animals such as small fish and zooplankton directly consume the particles, and ingesting microplastics has the potential to slow growth, interfere with reproduction, and cause death.

Determining exactly how much microplastic enters rivers during storms required the rather unglamorous task of standing in the rain to collect water samples, while watching streams of unwanted debris float by (highlights included a fire extinguisher, a two-piece suit, and a litany of tennis balls).

Back in the laboratory, a multi-stage process is used to separate microplastics. This includes floating, filtering, and using strong chemical solutions to dissolve non-plastic items, before identification and counting with specialised microscopes. 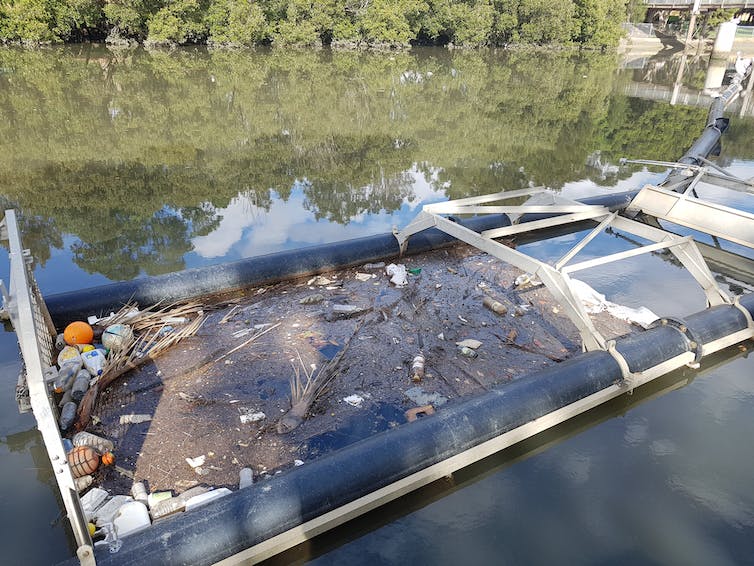 In the days before the October 2018 storm, there were 0.4 particles of microplastic per litre of water in the Cooks River. That jumped to 17.4 microplastics per litre after the storm.

Overall, that number averages to a total of 13.8 million microplastic particles floating around in the Cooks River estuary in the days after the storm.

In other urban waterways around the world scientists have found similarly high numbers of microplastic.

Where do microplastics come from?

We know runoff during storms is one of the main ways pollutants such as sediments and heavy metals end up in waterways. But not much is known about how microplastic gets there.

However think about your street. Wherever you see litter, there are also probably microplastics you cannot see that will eventually work their way into waterways when it rains.

Read more: Sustainable shopping: how to stop your bathers flooding the oceans with plastic

Many other sources of microplastics are less obvious. Car tyres, for example, which typically contain more plastic than rubber, are a major source of microplastics in our waterways. When your tyres lose tread over time, microscopic tyre fragments are left on roads. 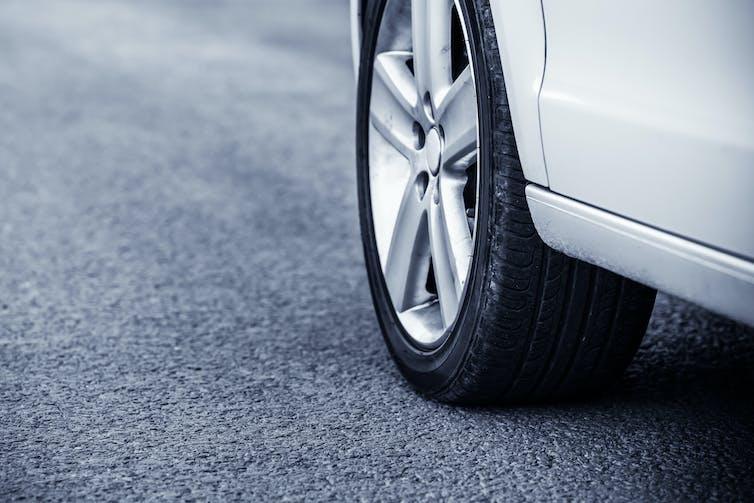 Did you know your car tyres can be a major source of microplastic pollution? Shutterstock

Microplastics may even build up on roads and rooftops from atmospheric deposition. Everyday, lightweight microplastics such as microfibres from synthetic clothing are carried in the wind, settling and accumulating before they’re washed into rivers and streams.

What’s more, during storms wastewater systems may overflow, contaminating waterways. Along with sewage, this can include high concentrations of synthetic microfibers from household washing machines.

And in regional areas, microplastics may be washing in from agricultural soils. Sewage sludge is often applied to soils as it is rich in nutrients, but the same sludge is also rich in microplastics.

What can be done?

There are many ways to mitigate the negative effects of stormwater on waterways.

Screens, traps, and booms can be fitted to outlets and rivers and catch large pieces of litter such as bottles and packaging. But how useful these approaches are for microplastics is unknown.

Raingardens and retention ponds are used to catch and slow stormwater down, allowing pollutants to drop to bottom rather than being transported into rivers. Artificial wetlands work in similar ways, diverting stormwater to allow natural processes to remove toxins from the water. 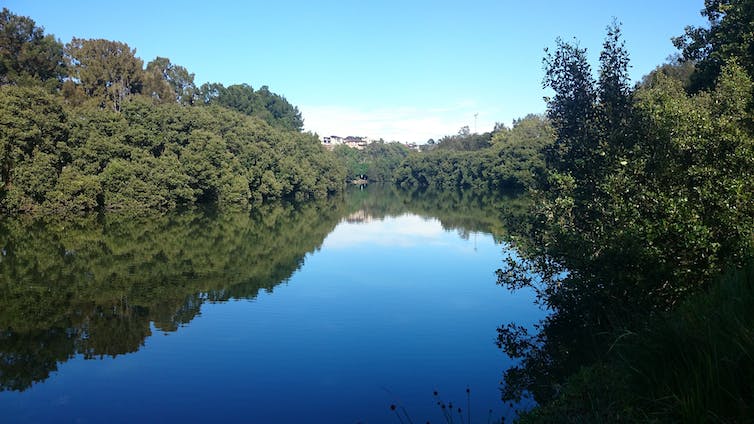 Almost 14 million plastic particles were floating in Cooks River after a storm two years ago. Shutterstock

But while mitigating the effects of stormwater carrying microplastics is important, the only way we’ll truly stop this pollution is to reduce our reliance on plastic. We must develop policies to reduce and regulate how much plastic material is produced and sold.

Plastic is ubiquitous, and its production around the world hasn’t slowed, reaching 359 million tonnes each year. Many countries now have or plan to introduce laws regulating the sale or production of some items such as plastic bags, single-use plastics and microbeads in cleaning products.

Read more: We have no idea how much microplastic is in Australia's soil (but it could be a lot)

In Australia, most state governments have committed to banning plastic bags, but there are still no laws banning the use of microplastics in cleaning or cosmetic products, or single-use plastics.

We’ve made a good start, but we’ll need deeper changes to what we produce and consume to stem the tide of microplastics in our waterways.