Australians may have disagreed at times, but they have also kept faith with governmental norms, eschewing the false allure of populism beguiling voters elsewhere.

Read more: Is it curtains for Clive? What COVID means for populism in Australia

Our federal and state governments enjoy broad public confidence and draw their core legitimacy from the middle ground, whether it be centre-left or centre-right.

But if Australians followed the 2020 presidential race in the United States with greater-than-usual interest, it was because when boiled down, it presaged a plausible descent for Australia’s politics, too.

Last November’s poll offered a choice between two fundamentally different futures for the US. 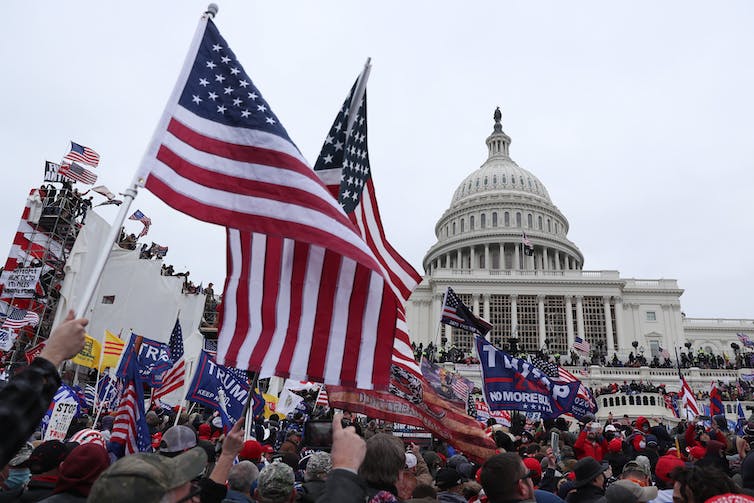 On the one hand, there was an assumption that free and fair elections, the rule of law and concepts such as pluralism and civility are central to government and society.

On the other, there was an angry, polarising disintegration, in which rules can be broken, facts undermined, critics abused and the usual accountability mechanisms silenced.

As a partner democracy with deep cultural, economic, and strategic ties with the US, Australians lapped up the theatre of the Trump versus Biden contest. But many also worried the verdict of America’s 150 million-plus voters would have material implications down under.

Strategically, these implications included a continuation of the US global retreat, which had already seen China moving to fill the leadership void.

Domestically, it might involve the insidious adoption of Trumpist methodology within Australia’s political right.

Manifestations of the latter are already advanced in sections of our news media, and the willingness of political leaders to bluster through mistakes and exposed wrongdoings, refusing to apologise, explain or resign.

This is a key take-out of the Trump approach: notions of honour and tradition, long relied upon to protect probity and avoid conflicts of interest, can be ignored. Those seeking transparency or who uncover maladministration can be depicted as political opponents or extremists, motivated by hatred and prejudice.

For the Westminster tradition, where confidence rests on protections only ever partly codified, the dangers are existential.

Evidence of this deterioration can be seen in the marked tendency of governments to stare down calls for resignation, ignore significant public disquiet, and press on.

In 2020, NSW Premier Gladys Berejiklian admitted an intimate association dating back years with a disgraced former MP who, it turned out, had been arranging property deals for commission, even as a backbencher. 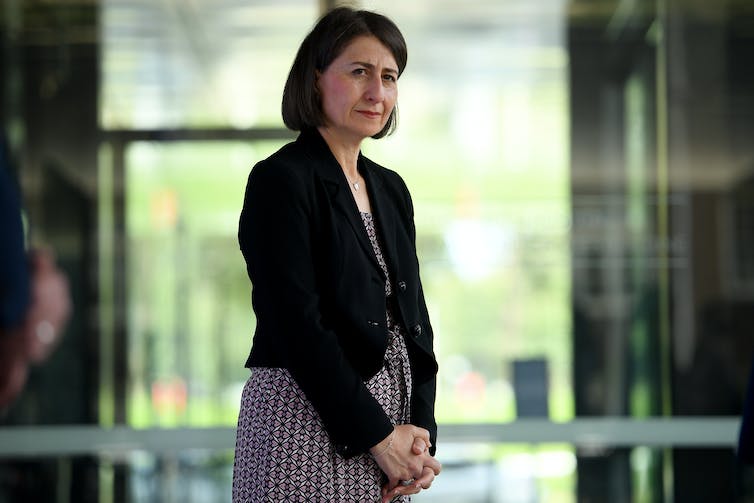 NSW Premier Gladys Berejiklian refused to quit during the scandal over her relationship with former MP Daryl Maguire. Dan Himbrechts/AAP

Berejiklian’s defence amounted to a blunt “I’ve done nothing wrong”.

The origin of forged documents, released by federal Energy Minister Angus Taylor to defame the Sydney City Council, has never been properly explained.

Read more: Why can politicians so easily dodge accountability for their mistakes? The troubling answer: because they can

Explosive revelations of political interference in a A$100 million federal sports grants program have never been conceded (although, Berejiklian recently admitted “political” allocation is standard practice when forced to explain similar outrages in a state program).

There is also the A$30 million Leppington Triangle land purchase which benefited a political donor, but brought no resignation. And the Robodebt debacle, which caused massive community suffering and cost taxpayers hundreds of millions of dollars, but cost nobody their job.

Contrast this with the response in The Netherlands where the entire cabinet, including Prime Minister Mark Rutte, resigned on Friday. This was over a scandal involving child welfare payments, which had led to parents erroneously being labelled fraudsters.

We are of one mind that if the whole system has failed, we all must take responsibility, and that has led to the conclusion that I have just offered the king, the resignation of the entire cabinet.

The two scandals are remarkably similar in nature, and in the scale of the taxpayer-funded recompense, but could scarcely be more different in the level of political responsibility taken.

It used to be very different

Previously, ministers have resigned over comparatively technical breaches. This includes the unwitting importation of a Paddington teddy bear in the 1984 case of Labor’s Mick Young – the bear, which would have attracted an import duty measured in cents, was actually in his wife’s luggage.

A Berejiklian predecessor, Barry O’Farrell, quit in 2014 after advising the Independent Commission Against Corruption he had no recollection of receiving a single – albeit valuable – bottle of wine. Announcing his resignation, he said,

I do accept there is a thank you note signed by me, and as someone who believes in accountability, in responsibility, I accept the consequences of my action. 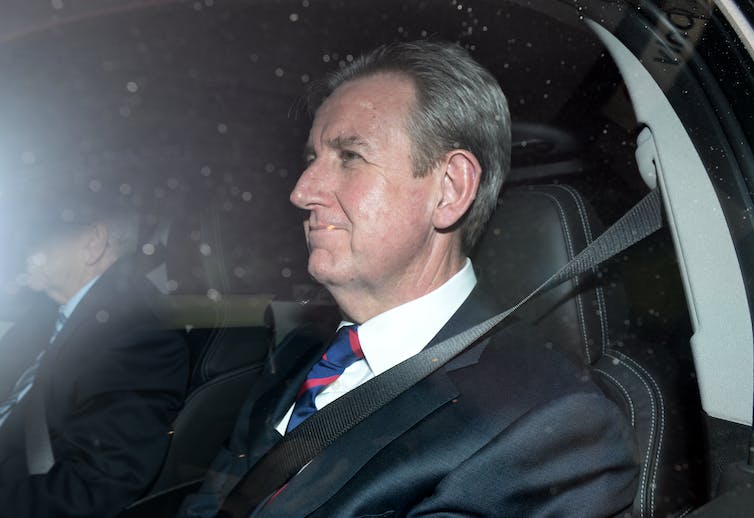 The army minister Andrew Peacock offered to resign in 1970 after his wife appeared in an advertisement for Sheridan sheets. A few years later, two Fraser government ministers fell on their swords over a colour TV carried into the country but declared as black-and-white on a customs form.

The threshold has changed

The mere appearance of wrongdoing used to be enough to raise public confidence problems and thus end a ministerial career. Now, even the substance of dishonesty, non-disclosure or incompetence avoids meaningful sanction.

The right-wing extremism that informs Trump’s base has become all pervasive. It has certainly captured the Republican party – only ten of whose House members voted to impeach the outgoing President – despite the president’s sworn commitment to:

support and defend the Constitution of the United States against all enemies, foreign and domestic.

The facts show President Trump entreated supporters to storm the Congress, in an attempt to stop the lawful certification of his replacement.

It was a mark of Trumpian reach into Australian political culture that neither that outrage, nor his wilful mishandling of the coronavirus, has brought clear condemnation from the Morrison government.

Another trait of Trumpism is the tacit legitimisation of an extreme right-wing discourse of grievance, white supremacy, and anti-establishment conspiracy theory.

Read more: Why the alt-right believes another American Revolution is coming

Read more: Why is it so offensive to say 'all lives matter'?

Faced with a backlash, McCormack decried those “confecting outrage” as “bleeding hearts”.

It suggests the calculation already being made by ministers is that nourishing an extremist culture of resentment and anger is more useful to a centre-right government than courting the political middle ground.

America has already been down this path, and we know where it leads.