Reports of about 30 deaths among elderly nursing home residents who received the Pfizer vaccine have made international headlines.

With Australia’s Therapeutic Goods Administration (TGA) expected to approve the vaccine imminently and the roll out set to begin next month, this development might seem like cause for concern around the safety of the vaccine.

But there are a few reasons it shouldn’t be.

Read more: The Oxford vaccine has unique advantages, as does Pfizer's. Using both is Australia's best strategy

We haven’t seen this issue reported in any other countries which are rolling out the Pfizer vaccine.

Norway has reported about 45,000 people around the country have been vaccinated against COVID-19 so far. Their vaccine program has mostly focused on residents in nursing homes.

In other countries, there may be more of a focus on frontline health-care workers in the first instance. So if there is any association between deaths in the elderly and this vaccine, it may not be apparent as yet.

It also depends on surveillance. Norway may have an especially rapid surveillance and reporting system in place, efficiently tracking everyone who has been vaccinated and quickly reporting any adverse outcomes.

We would expect surveillance reporting from other countries with an active vaccination program soon, increasing data critical to building a more accurate picture of vaccine safety across different populations.

Norway’s reports will sensitise other countries to monitoring vaccine recipients closely, particularly those in nursing homes who are older and vulnerable. We may see further reports on this coming through in coming weeks from other countries. 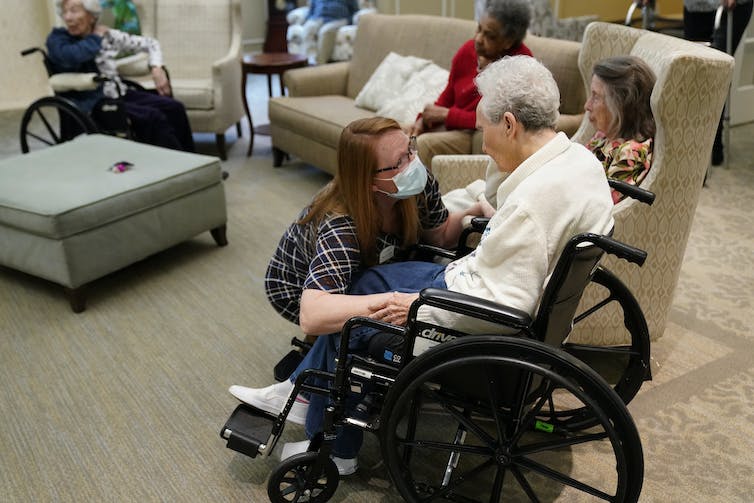 Nursing home residents have generally been among the priority groups to receive a COVID vaccine. John Bazemore/AP

But we also may not. We have limited information regarding these cases in Norway. The people reported to have died were elderly and very frail. Many had significant underlying health conditions common in the very old, and may have been nearing the end of their lives independent of the vaccine.

Though they are under investigation, it’s important to note the deaths have not been linked conclusively to complications from the vaccine. Meanwhile, Australian experts have called for calm.

Vaccines and the elderly

In the recent history of vaccines, we haven’t seen any trends showing deaths in elderly people following vaccination. For example, there’s no evidence the annual influenza vaccine has been associated with deaths in older people — or people of any age.

It’s important to note though, that in making a comparison with the flu shot or another vaccine and the Pfizer vaccine for COVID-19, we’re comparing apples and oranges.

The Pfizer vaccine is based on mRNA technology, which is completely new in a human vaccine. This technology introduces part of the genetic material of the SARS-CoV-2 virus in the form of messenger RNA (mRNA). This instructs your cells to make part of the virus which stimulates an immune response that inhibits infection and protects against disease.

All vaccines are designed to generate an immune response — albeit in different ways — to prepare our bodies to fight the virus if and when we encounter it. 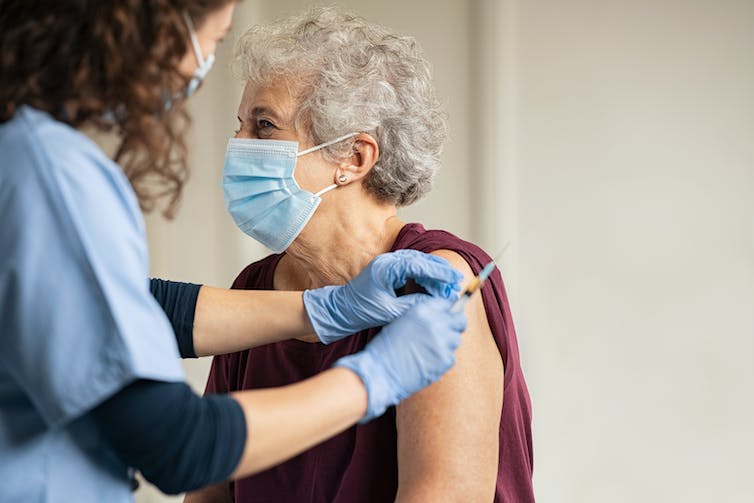 With any vaccine, different people will experience side effects differently. Shutterstock

Creating an immune response leads to inflammation in the body. Some people will experience no side effects from a vaccine, but the inflammation can manifest in different ways in different people and between different vaccines. This may mean a reaction at the site of the injection, or fatigue, or feeling unwell.

The deaths in Norway were reportedly associated with fever, nausea and diarrhoea, which, while at the severe end of the spectrum of vaccine side effects, would be tolerable for the vast majority of people.

How different people will respond to the mRNA is what we’re starting to understand now. It’s possible this vaccine will have more serious effects in older, vulnerable people where the initial inflammatory response could be overwhelming.

But it’s still too early to draw any conclusions.

Side effects show a vaccine is generating an immune response

While the deaths are sad, they shouldn’t be cause for alarm. This actually tells us the vaccine is stimulating an immune response. For most people that response will be entirely tolerable and lead to development of immune memory that protects you from severe COVID-19.

The big challenge for any vaccine is generating enough of an immune response so you’re protected from the disease in question, but not too much that you experience serious adverse effects. Where this line in the sand exists will vary across different people, but the oldest and frailest vaccine recipients are likely to be most at risk of severe, potentially life-threatening reactions.

So for those who may be more susceptible, we may want to be a little more cautious. In approving the Pfizer vaccine, the TGA may consider advising against this particular vaccine for people who are very elderly and frail, particularly those who have other conditions and are potentially nearing the end of their lives.

Ideally, the vaccine should be considered on a case-by-case basis for this group, carefully weighing up the risks and benefits in each situation, based on the best available data.

Read more: People with severe allergies warned off Pfizer COVID vaccine for now. But that may change as more details emerge