As vaccine experts, we hear these concerns all the time, and it’s normal to have questions about a vaccine.

The good news is that scientists have already been testing COVID-19 vaccines for months. For starters, serious side-effects are very, very rare. And, together with what we know about previous vaccines, if side-effects are going to occur, they usually happen within a few months after getting a vaccine. This is why international medical regulators, including Australia’s Therapeutic Goods Administration (TGA), require the first few months of safety data before approving new vaccines. This, plus information coming from vaccine recipients in the northern hemisphere, gives us confidence that COVID-19 vaccines are safe.

In fact, most side-effects occur within the first one or two days. And most of these are minor, such as pain at the injection site, fatigue or fever — which are signs your immune system is building a response against the thing you’ve been vaccinated against.

What do we know about long-term side effects?

Since December, more than 200 million people have received at least one dose of a COVID-19 vaccine worldwide — more than the total number of people who have been infected with the virus (112 million).

Given the sheer number of vaccines administered to date, common, uncommon and rare side-effects would have been detected by now. What’s more, we’ve been testing these vaccines in clinical trials since mid-2020, and both the Pfizer and AstraZeneca vaccines have shown excellent safety results.

This gives us confidence the vaccines that’ll be used around Australia are safe.

We’ve also seen some people raise concerns online about mRNA vaccines, such as the Pfizer-BioNTech vaccine, being a “new” technology. mRNA (or “messenger” RNA) is found in all living cells. mRNA is a message that tells cells how to make proteins that trigger the immune response inside the body. That immune response is what protects against infection if an individual is exposed to the virus. mRNA is not the same as DNA (your genes), and it cannot combine with our DNA to change our genetic code. mRNA vaccines do not affect or interact with DNA in any way. So we can be assured there’ll be no long-term DNA-altering effects from these vaccines. 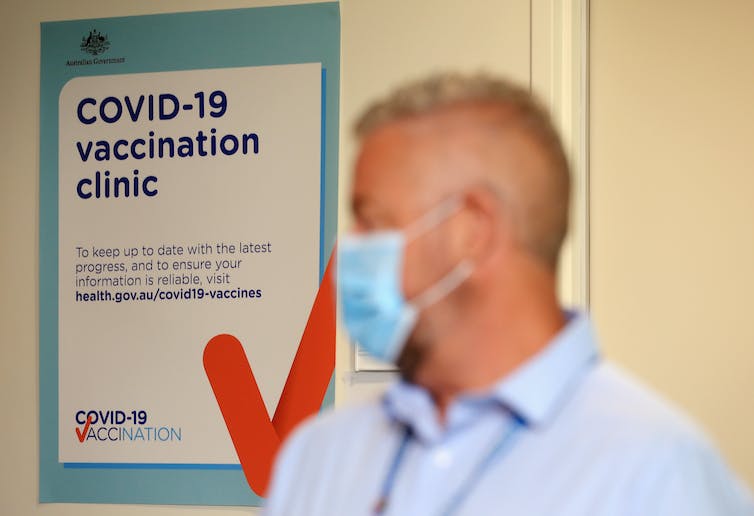 What’s more, checking the safety of the vaccines doesn’t just stop after they’ve been registered for use. Once a vaccine has been introduced, ongoing monitoring of its safety is a crucial part of the vaccine development process.

Australia has a robust system for this ongoing monitoring. The system was established to detect any unexpected side-effects from vaccines (if they occur) and ensure they’re investigated promptly. This type of monitoring is standard practise in Australia for vaccines. The data about COVID-19 vaccination collected in these surveillance systems will be published weekly on the TGA website. This should reassure Australians that if there’s a new serious side-effect, we will know about it, communicate it, and act on it quickly.

Read more: COVID vaccines have been developed in record time. But how will we know they're safe?

Withdrawal of vaccines after introduction to the general population is a very rare event. In the United States, a rotavirus vaccine called Rotashield led to a small increase in the number of small intestinal blockages. This prompted its withdrawal in the late 1990s. In Australia, an increased risk of febrile seizures in young children following a specific influenza vaccine was identified in 2010. It was subsequently withdrawn from use in that age group, and we now vaccinate with a different, safer flu vaccine. This vaccine is no longer available in Australia, and has been subsequently reformulated.

Both of these side-effects were observed within weeks of vaccination.

We now have improved monitoring systems in Australia to detect such serious side-effects even sooner, in the general population after clinical trials, than we did a decade ago.

But what about short-term side-effects?

The expected side-effects of the Pfizer vaccine have been reported from trials involving roughly 43,000 participants aged 16 years and older from the US, Argentina, Brazil and South Africa. Half of the participants received the Pfizer vaccine and half received a placebo. And as part of COVID-19 vaccine rollouts around the world, millions of people have already been given this vaccine since December, meaning we have safety data now from both clinical trials and two months of “real world” vaccination.

For those receiving this vaccine in the large clinical trials which started in July 2020, about 80% have reported pain at the injection site. Other common side-effects included fatigue, headache, muscle pain, chills, joint pain and fever.

These were most often reported one or two days after the day of vaccination, and typically only lasted about one day. While some vaccine recipients may need a day off work due to some of these side-effects, this does not indicate the vaccine is unsafe.

In trials, no difference was seen in the rate of severe side-effects between the Pfizer vaccine and placebo. Early in the US program, 21 cases of anaphylaxis were reported. It’s estimated anaphylaxis occurs at a rate of 11 in every one million recipients (0.0011%) of the Pfizer COVID-19 vaccine. Most occurred within 15 minutes, and all patients recovered. This is why it’s a good idea though to remain at the vaccine clinic for up to 15 minutes after vaccination so that treatment and care can be provided if necessary.

A further concern was raised in January, after the death of 30 very frail elderly patients in Norway after receiving the Pfizer-BioNTech COVID-19 vaccine. But investigation by the European regulator concluded these weren’t related to the vaccine, but rather to underlying conditions present before vaccination. 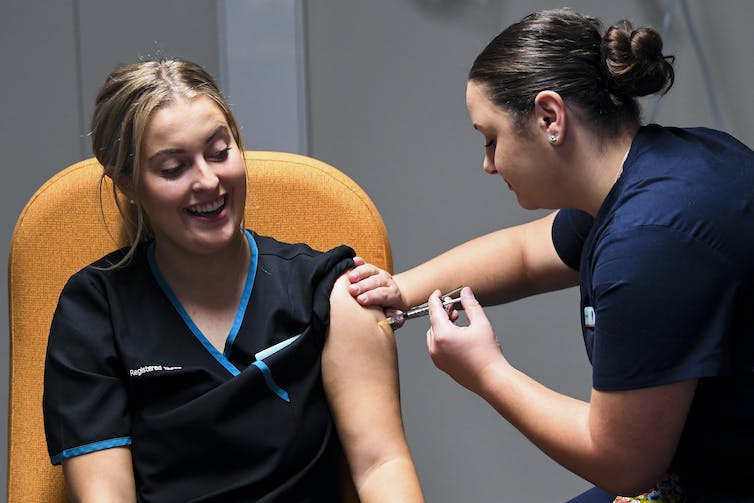 This vaccine has been tested in ongoing trials with around 55,000 participants from the United Kingdom, Brazil, South Africa and the US. About half received the Oxford-AstraZeneca vaccine and half a placebo. Millions of doses have been already been administered among the general population, particularly in the UK.

Data from four clinical trials which commenced in April 2020 in the UK, Brazil and South Africa, show the most common side-effects were pain at the injection site, fatigue, headache and muscle pain. Similar to the Pfizer vaccine, there was no difference in the rate of reported severe side-effects for the vaccine compared with the placebo.

Just 0.7% of participants (79 people) from the four clinical trials who received the Oxford-AstraZeneca vaccine reported a serious side-effect after receiving at least one dose, compared with 0.8% (89 people) of those in the placebo group. No additional safety concerns have been identified since the vaccination program began in the UK.

Read more: Should I get a COVID vaccine while I'm pregnant or breastfeeding? Is it safe for me and my baby?

If recommended a COVID-19 vaccine, take it

With countries continuing to monitor those who have received vaccines, we should be reassured there are no major safety concerns detected for serious side-effects so far. With millions of people vaccinated already, our confidence about the safety of COVID-19 vaccines is very high.

In Australia, and internationally, we have robust systems in place to continually monitor vaccine safety, ensuring Australians can be safely afforded the protection that COVID-19 vaccines are designed to provide.