Since news broke last week of Brittany Higgins’ alleged rape in a ministerial office in 2019, three other women have come forward, alleging sexual assault by the same Morrison government ministerial staffer. Higgins is expected to make a formal complaint to police this week.

Each allegation sheds light on a system that privileges political considerations above everything, and enables and emboldens systematic and highly gendered abuses of power.

By Friday, four separate inquiries had been launched. These include

This fourth review seem to be the most substantive, and has drawn qualified support from Labor, the Greens and independents.

Two of these reviews seem designed to address the Coalition’s lingering “woman problem”. The other two focus on the toxic workplace culture of Parliament House.

While it is understandable in the context of these deeply disturbing allegations, the focus on toxic workplace culture risks obscuring more fundamental, structural issues at play. That is, the the ambiguous position that ministerial staff occupy within Australia’s political system, and the recurrent controversies it produces.

The governance framework that applies to ministerial staff is inadequate to a public institution of its size, cost, complexity and importance. There is simply no accountability built into it, and no independent complaints mechanism, however cleverly designed, can help to resolve that. 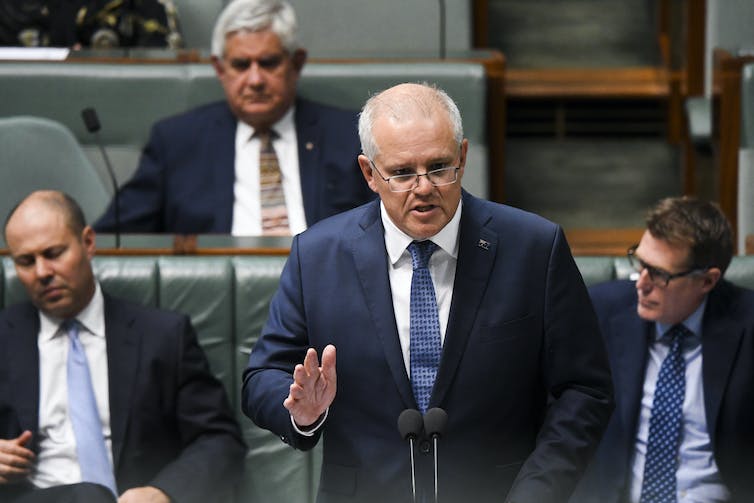 Prime Minister Scott Morrison has announced several inquiries in the wake of Brittany Higgins’ allegations, but none are aimed at addressing the structural problems associated with ministerial staff. AAP/Lukas Coch

How ministerial staffing became out of control

My 2007 book Power Without Responsibility traces the growth and evolution of the ministerial staffing system. It highlights how, over time, the system outgrew the conventions and understandings that had underpinned its development. This happened as staff assumed more active roles in policy and political management, and particularly following the move to the new Parliament House in 1988.

Ministerial offices comprise a mix of political, policy and media advisers, administrative and support staff. They all serve and support their minister. The cohort is explicitly partisan, and is employed under specific legislation.

This means ministerial staff are significantly different in career and outlook from the independent, non-partisan public servants in government departments. However, despite the important work they do to advise and support ministers, there are remarkably few rules, conventions, supports or infrastructure to govern staffing arrangements or the operations of ministerial offices.

Each government – indeed each minister – structures their own offices according to their own or the prime minister’s requirements or perceived needs. Political staffers have little training and few underlying systems. There is also little in the way of formalised processes, which accounts for a lack of continuity and institutional memory given high rates of turnover among ministerial staff.

It has been clear for a long time that the model that has evolved to support ministers – and which they have driven – is not serving them well.

We’ve been here before

This is not the first time the system has come under scrutiny and been found wanting. The “children overboard” scandal in 2011 exposed systemic problems of ministerial staff conduct and behaviour. It showed its incongruity with Australia’s Westminster-style system, which is premised on a close, cooperative relationship between ministers and their public service advisers.

Reviews and inquiries into the affair sparked debate about the role of ministerial staff, their relative lack of accountability and concerns they could be used to provide “plausible deniability” for prime ministers and ministers unwilling to accept responsibility for the actions of their staff.

Because ministerial staffers are not elected, they are not subject to the same constitutional responsibilities as MPs, or public servants. So the convention is staff are an extension of their minister, and have no independent constitutional identity. They exercise “delegated authority”, not executive power, on their minister’s behalf. This means they are never called before an inquiry or, in contrast to counterparts in state jurisdictions, subject to other oversight or accountability mechanisms.

Under the convention of ministerial responsibility, it follows that staff act with the knowledge and authority of their minister. So in principle, advising the staff of a matter is the same as advising the minister. This has proved problematic in practice as staff numbers have grown, and senior staff in the prime minister’s office have assumed managerial responsibility for other staff.

This circular logic, particularly in the absence of an independent integrity and corruption authority, explains calls to clarify staff roles and responsibilities. 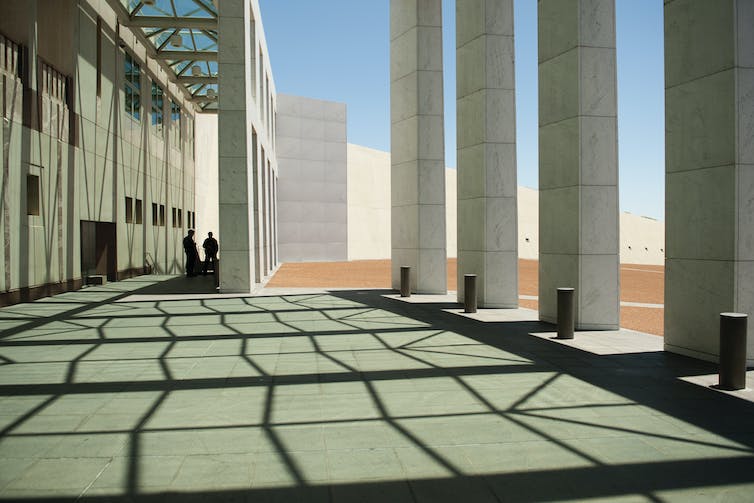 The convention has long been that ministerial staffers cannot be called before inquiries. Shutterstock

A 2003 Senate inquiry recommended a suite of reforms. These included that chiefs of staff could be called before parliamentary committees if ministers refused to accept responsibility for the actions of their staff. This was adopted as policy by the Australian Labor Party in 2004, but has never been tested. The political parties continue to observe the “McMullan principle” - that staff should not be called to appear.

The view that something is awry with ministerial staffing arrangements is widely shared among analysts and practitioners alike. But reform has limited support among ministers themselves. The issue was absent from the Independent Review of the Australian Public Service in 2010 and limited to ministers’ relationship with public service departments in the recent Thodey Review.

Despite growing evidence of its shortcomings, successive governments have stubbornly resisted calls to reform ministerial staffing arrangements. Maintaining the notion there may be “a few bad eggs” is an effective means of stone-walling demands for more accountability and closer management of ministerial staff.

Read more: View from The Hill: Linda Reynolds feels the lash after Scott Morrison says he was blindsided by rape allegation

Why reform needs to go beyond culture

What accounts for politicians’ lack of interest in issues that have been at the heart of political scandals that have cost them political capital and undermined trust in politics and political processes?

First, ministers value the support they receive from their ministerial staff. They believe they are best served by flexible arrangements, determined by incumbent governments to reflect their own needs and preferences.

Second, they fear reforms will limit their ability to cope with the pressures of contemporary politics. Acutely sensitive to constraints on their capacity to achieve their objectives, they are sceptical of proposals advanced by those they suspect want to limit their discretion.

Third, because of their immersion in partisan politics, and because they are driven by concerns about power rather than institutions, ministers are unable to perceive the organisational dimensions of the ministerial staffing problem. They are careerists not managers, and often have limited experience of working in organisations. This can lead them to be more focused on individual rather than systemic issues.

A final explanation is that arrangements as they stand serve ministers well, providing them with personal insurance in the face of political problems. They can then use this set-up as a shield to deflect responsibility, in the knowledge it will be the prime minister who will determine the final outcome, based on judgments about the political damage being sustained.

There has never been a substantive review of the governance framework that supports ministerial staff, examining the basis on which they are employed and managed, their relationship to the parliament or the community. Unless and until we address this fundamental gap at the heart of Australian governance, the potential for abuses of power will continue. With the shocking allegations made by Brittany Higgins, such a review is more urgent than ever.