Just weeks before the first COVID-19 cases emerged, Gallup published its latest poll on America’s views about business. At the bottom of the list of 25 sectors was the pharmaceutical industry. Below advertising. Below oil and gas. Below the banks.

The pandemic and the new vaccines have of course turned that reputation around, but let’s not forget why the pharmaceutical industry’s credibility sank so low.

Or how the industry got so big. One company, Johnson & Johnson, is currently worth around US$450 billion. About the same as the economy of Norway.

The birth of the behemoths

The idea of the miraculous potion or cure-all dates back at least as far as Greek mythology. The goddess Panacea even gets a mention in the Hippocratic Oath.

The rise of the modern pharmaceutical industry is more recent, coming through the 19th century. On the eve of the 20th century, the German company Bayer famously launched its early blockbusters, including “Aspirin” and “Heroin.”

Around this time, US drug-makers were arguing for patent protections, or exclusive rights to market a drug for a specific period of time. By the 1950s, they’d won those arguments, and the US soon became the world’s biggest market for medicines.

Read more: The US drug industry used to oppose patents – what changed?

In addition to patents, the other special ingredient for success was the right to market pills directly to doctors, and in the US, directly to consumers via television commercials.

At the dawn of the 21st century, in those dark ages before Facebook and Big Tech, pharmaceuticals was among the most profitable industries on the planet.

Clearly many medicines extend lives and reduce suffering. And while we need caution with hyperbole, some discoveries are major breakthroughs.

Antibiotics revolutionised the treatment of deadly infections, and gave a boost to science at the same time.

In the 1940s, one of the first-published “randomised controlled trials” was a test of Streptomycin for the treatment of tuberculosis. 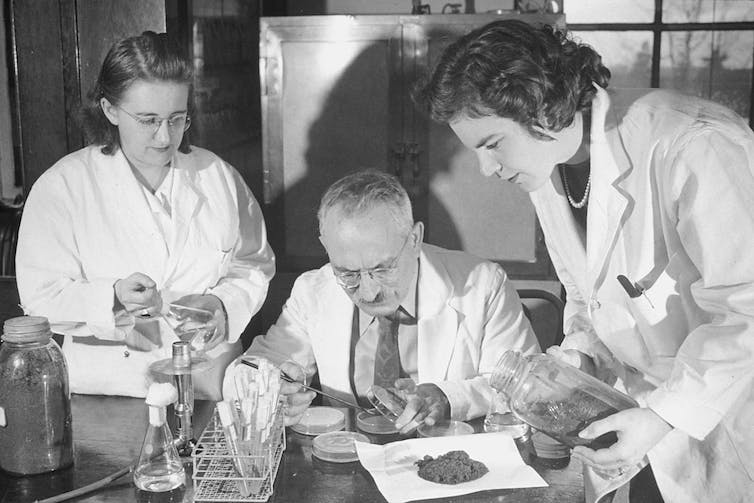 In the 1980s, another famous class of wonder drugs was developed, this time to tackle the HIV-AIDS epidemic. The mysterious new virus bringing many people a death sentence would soon become a manageable disease.

And while some cancers remain incurable, others are treated and even prevented with medicines that are simply miraculous.

Yet, in each case, the golden drugs have a dark side. As the World Health Organization notes, overuse of antibiotics helped make antibiotic-resistance “one of the biggest threats to global health”.

Over-pricing and patent protections for HIV medicines put them out of reach of the world’s poorest, and prices only came down after massive global campaigns for greater access.

Read more: If we don't talk about value, cancer drugs will become terminal for health systems

Extortionate prices were feeding drug company mega-profits, and at the same time driving down the industry’s reputation. In a notorious example, the cost of the life-saving Epipen skyrocketed more than 400%, helping make drug prices a big issue in the 2016 US presidential election. 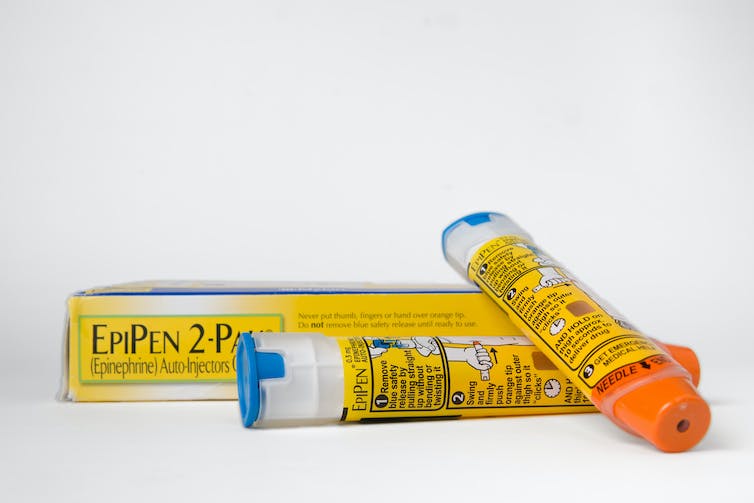 The price of Epipens rose by more than 400%. Shutterstock

To make matters worse, the big pharmaceutical companies are also among the big tax avoiders. A 2015 Senate hearing in Australia heard companies were paying rates as low as one cent in the dollar.

A global report from Oxfam in 2018 concluded the pharmaceutical industry was “cheating countries out of billions in tax revenues”.

The major problem with the drug giants is their unhealthy influence over medical science. The industry dominates research, and there’s strong evidence that company-sponsored studies tend to have a bias which favours the sponsor’s product.

Medical education is also heavily sponsored, with evidence suggesting an association between a doctor accepting just one meal at an “educational event”, and prescribing more of the sponsor’s drugs.

And the guidelines which can be so influential over a doctor’s prescribing decisions are too often written by medical experts with ties to drug companies.

Central to this marketing effort are these senior medical experts, sometimes called “key opinion leaders”, who claim to be independent yet accept fees for advice, consultancies or “educational” presentations to other doctors. 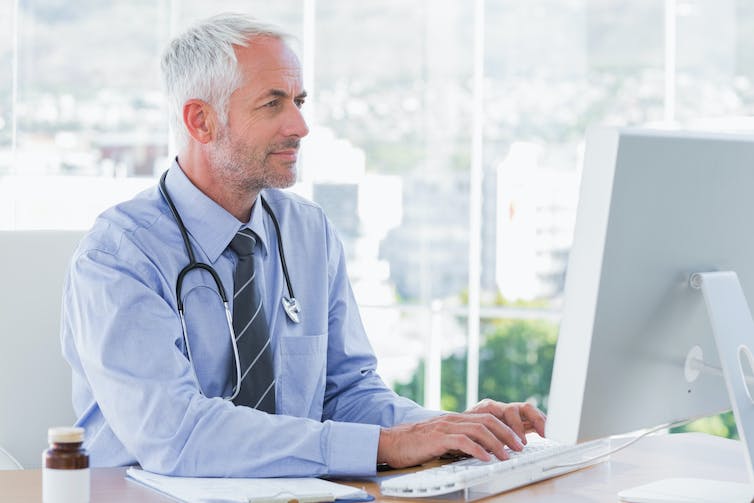 Just one meal at a sponsored educational event can result in a doctor prescribing more of that company’s drugs. Shutterstock

A former top-selling drug company sales representative turned whistleblower put it plainly in a 2008 piece in The BMJ:

Key opinion leaders were salespeople for us, and we would routinely measure the return on our investment, by tracking prescriptions before and after their presentations.

If that speaker didn’t make the impact the company was looking for, then you wouldn’t invite them back.

Unhealthy marketing means the latest most expensive pill is too often favoured over older cheaper options, or doing nothing at all, causing much harm and wasting precious resources.

In 2009 came the biggest health-care fraud settlement in history. Pfizer was forced to fork out a US$2.3 billion fine for illegal promotion, false and misleading claims about drug safety, and paying kickbacks to doctors. That included a US$1.2 billion criminal fine, the largest ever in a US criminal prosecution.

One of the whistleblowers in that case happened to be a member of a special Pfizer sales team promoting Viagra. He revealed doctors were taken to breakfasts, lunches, dinners, Broadway shows, baseball games, golf courses, ski fields, casinos and strip clubs.

In 2013, Johnson & Johnson paid out US$2.2 billion in civil and criminal fines for putting “profit over patients’ health”. The company had illegally promoted powerful anti-psychotic drugs as behaviour control for the elderly and most vulnerable, overstating benefits and playing down dangerous side effects, including stroke. 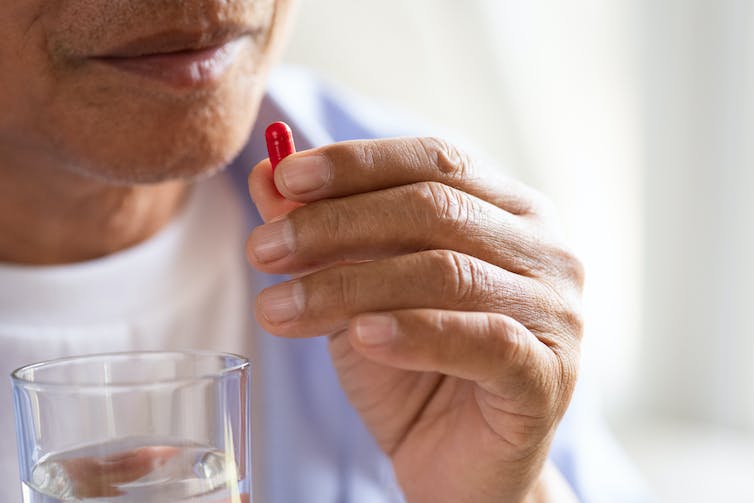 Other court documents around the same time exposed how the giant global company Merck used dirty tricks to try and defend its controversial anti-arthritis drug Vioxx. Merck created a fake medical journal and drew up secret lists of academic critics to “neutralise” and “discredit”.

In the end, Vioxx was taken off the market because it was causing heart attacks, with estimates in The Lancet suggesting it may have led to 140,000 cases of serious coronary heart disease.

The US National Academy of Sciences produced a landmark report arguing the closeness between doctors and drug companies could jeopardise the integrity of science, the objectivity of education, the quality of care, and public trust in medicine.

A series of US congressional hearings on unhealthy marketing produced the Open Payments register, mandated by US law to publicly list every company payment to every doctor.

Many around the world are reforming further, moving from transparency to independence. Italy brought in a special tax on drug company promotion to fund public interest research. Norway doesn’t give doctors full credit anymore for industry-sponsored education.

But there’s a long way to go. A study in 2020 found 80% of the medicos who run the world’s most powerful doctors organisations still take money from drug and device companies. For research, for consultancies, for hospitality.

Even some agencies which assess drugs, notably the US Food and Drug Administration (FDA), still rely on significant funding from industry, which pays to have its products assessed.

And the harmful marketing has continued. Just last month, a group of drug companies, including Johnson & Johnson, agreed to pay a total of US$26 billion for their roles in fuelling the opioid epidemic.

A prescription for trust

One drug company chief reportedly said last year the industry had a “once-in-a-generation opportunity to reset” its reputation.

Given the dark arts that drove pharma’s credibility to rock bottom, its fanciful to imagine the pandemic will magically end the misleading marketing and the price gouging.

This article is part of a global Conversation series, The business of pharmaceuticals. You can read the other articles here.