Australian scientists have led many crucial scientific breakthroughs – from the manufacturing and processing of penicillin, to the first in-vitro fertilisation pregnancy. Yet there is still a need for science to be more widely appreciated in our broader culture.

One way of doing this is through storytelling. Novels with scientist protagonists can bring science to life and capture our imagination. They can personalise scholarly research and the drive for knowledge, and also make us think differently about the ethical dilemmas that emerge from scientific advances. Even stereotypical depictions of cold, obsessive “mad scientists” can get us thinking about the right and wrong way to do science, and about the role of science in culture.

Here, then, are eight stories set in Australia, presenting a variety of fictional scientists. 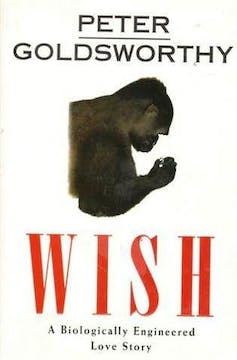 Peter Goldsworthy’s Wish reinterprets both Frankenstein and Pygmalion, exploring the ethical dilemmas of a group of scientists who push the limits of biotechnology to create Eliza, a charmingly human ape.

When Eliza’s language teacher falls in love with her, we are forced to re-evaluate our assumptions about the boundaries between animal and human, and about advances in genetic engineering.

The novel draws on actual research into ape-language acquisition carried out in the US in the 1960s and 70s. Goldsworthy also acknowledges Peter Singer, the noted Australian philosopher of animal welfare and rights, as an influence on the book. 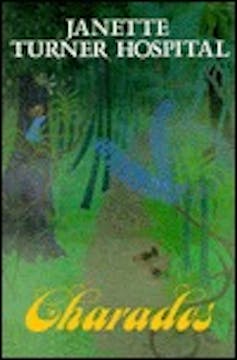 Janette Turner Hospital’s novel Charades features a MIT physicist and candidate for the Nobel Prize, Professor Koenig, who has an affair with a provincial Australian girl in search of her lost father.

It is a wildly imaginative novel blending a personal story with nuclear physics and Heisenberg’s uncertainty principle (which articulates that the position and velocity of an object cannot be measured exactly).

The novel playfully revolves around Koenig’s academic writing and Heisenberg-inspired ideas such as the line: “a sense of the solidity of matter, is one of our most persistent illusions.” 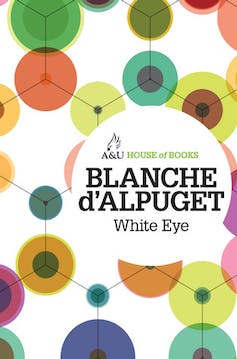 According to academic Roslynn Haynes, who studies stereotypes of scientists in pop culture, many stories depict scientists as maniacal and obsessed with their research to the point of madness and moral compromise.

A coldblooded researcher, he uses unethical methods to produce and test a vaccine against a virus that he more or less invented. This virus makes humans infertile as a side effect.

Parker wants to use this highly infectious and extremely virulent creation as a weapon against overpopulation – and he commits atrocious crimes to achieve his goal. 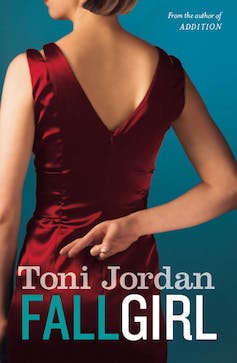 Della’s father and grandfather travel the country in a buggy selling ‘Ol’ Doc Grayson’s “Magical Elixir good for bursitis, thrombitis, arthritis and anything that ails you at county fairs”. No wonder, Della becomes a con-artist herself.

In this novel she impersonates an evolutionary biologist and invents a fantastic research project (to trap a Tasmanian Tiger in Wilsons Promontory National Park). Her potential sponsor turns out to be a con-artist himself – one who humbugs the humbugger.

Jordan has previously worked as a molecular biologist. And this is a funny novel that invites us to think about the power of scientific jargon. Here, science is truly fiction.

William Caldwell, Love and The Platypus 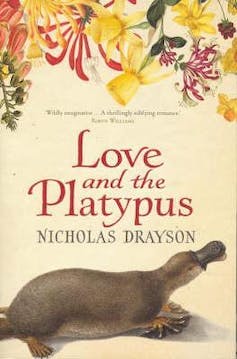 Love and the Platypus by Nicholas Drayson (2007). Goodreads

To equally pursue “knowledge per se”, to unlock “the secrets of the organism” and to act as an explorer “not of untrodden lands, perhaps, but of the mysteries of nature”.

These are the reasons why the naturalist William Caldwell travels to Australia in Nicholas Drayson’s 2007 novel Love and The Platypus.

Caldwell’s research is “purely platypusical”: he aims to determine whether the platypus really does lay eggs.

But the “spirit of discovery – that was why he was here, was it not?”

Despite the obsessive nature of his scientific enquiry, Caldwell finds much more in Australia than just extraordinary animals. 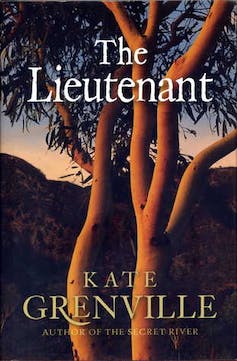 The Lieutenant by Kate Grenville (2007). Goodreads

Daniel Rooke, Kate Grenville’s protagonist in The Lieutenant, is not a scientist, strictly speaking.

However, he is erudite and eager for knowledge – a “man of science” as he is called in the book.

Rooke moves from Europe to the newly founded colony of New South Wales, where he builds an observatory.

He hopes to add to the world’s sum of knowledge as dramatically as a Galileo or a Kepler, contemplating the universe and scanning the heavens in search for a particular comet.

But what he finally studies is human nature: of convicts, settlers, fellow officers and the Indigenous people he meets. 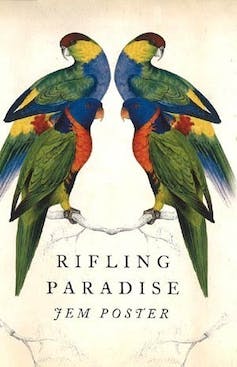 British novelist Jem Poster’s 2006 novel Rifling Paradise is the story of Charles Redbourne, a 19th-century English landowner who travels to Australia to pursue his passion as an amateur naturalist.

As he plunges deeper into the wilderness, Redbourne cultivates a flexibility of mind and comes to understand that his practice of science – and the expectations he had of his journey – were sophisticated modes of ignorance.

He understands that his “approach to the natural world is imaginative rather than analytical” and his expectations concerning his scientific journey here “had been tinged with fantasy”.

Crucially challenged by an artist he meets, he changes from a believer in science and a confident taxidermist into a vegan who realises that a marvellous order - and the sublime - can also be found in the world of thought and art. 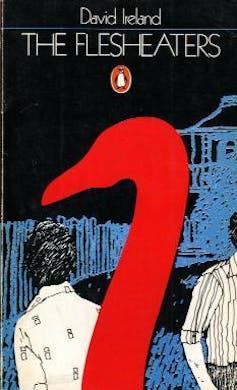 The Flesheaters by David Ireland (1972). Goodreads

Clayton Hercules Emmet, a character in David Ireland’s 1972 novel The Flesheaters, both invokes and destroys the scientist stereotype.

Clayton, or Clay, is a “science person” whose “days were spent at the university killing small animals and waiting for a research grant in medical engineering”. His “constant effort to add to the sum of human knowledge has something of fever in it”. Indeed, Clay lives in a lunatic asylum.

One day, while trying to talk about science at a “worker-student-intellectual happening”, he fails to advocate the value of science as a means for social progress – its “saving truth”. Clay is a 20th-century caricature of a scientist who embodies the challenges of communicating the discipline to a broad audience.