Stories of alleged unlawful killings by Australian special forces in Afghanistan continue to emerge in the media — now on a regular basis.

In the latest report by ABC this week, special forces are accused of mistakenly killing a civilian in 2013 with the same last name as a Taliban target.

This follows another ABC report last week on special forces allegedly killing up to 10 unarmed Afghan civilians during a 2012 raid in Kandahar Province.

Another allegation investigated by journalists Nick McKenzie and Chris Masters involves an SAS soldier stomping to death an Afghan civilian, also in 2012. A former SAS medic, Dusty Miller, went public about this incident and asked forgiveness of the family of the man who was killed.

And in yet another incident that same year, known as “the village idiot killing” among the SAS, a soldier is accused of killing two men, one of whom was intellectually disabled.

The soldier in question, now referred to as “Soldier C”, is also alleged to have killed another civilian in cold blood some months later. It took a Four Corners report for the allegations to surface, and for Defence Minister Linda Reynolds to refer them to the Australian Federal Police for investigation.

A report tabled in parliament in February detailed 55 separate allegations of unlawful executions and abusing civilians and prisoners by Australian special forces in Afghanistan from 2005-16.

These allegations are now under investigation by the inspector-general of the Defence Force. Separately, the AFP has also sent officers to Afghanistan to gather evidence of possible war crimes.

All of these allegations are just now coming to light, in part, because the military failed in its duty to investigate them properly. Instead, the special forces have been accused of fostering a “culture of cover-up”, sweeping alleged abuses under the carpet.

Other militaries accused of atrocities

The SAS is not the only elite unit that has been accused of committing war crimes. In the US, one of the more notorious cases involved a Navy SEALs commander, Edward Gallagher. Accused by his own platoon members of shooting and stabbing civilians in Iraq in 2017, Gallagher was arrested and tried but never convicted. He retired from the Navy with full honours.

Other US forces, and even the CIA, are also alleged to have carried out war crimes in Afghanistan — the focus of a current investigation by the International Criminal Court.

Read more: Did the US commit crimes in Afghanistan? International prosecutors want to find out

Similarly, the British SAS has been dogged by dozens of accusations involving the deaths of 50 unarmed civilians in Afghanistan from 2009-11. Investigations into these alleged crimes were shut down by the government in 2017.

The New Zealand SAS and the Canadian army are grappling with allegations of misconduct and war crimes, as well. 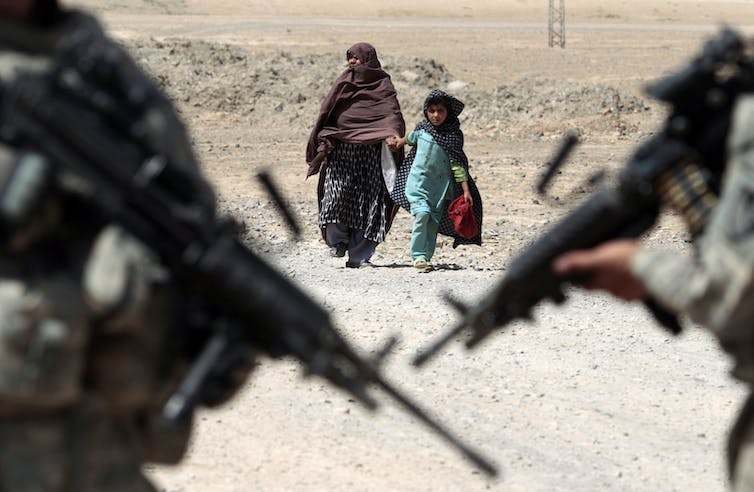 The ICC investigation into alleged war crimes in Afghanistan is the first of its kind involving US troops. Tim Wimborne/Reuters

If history tells us one thing, it’s that wherever the military interacts in close quarters with civilians during war and occupation, atrocities like these occur.

Vietnam is by far the worst example in modern times of American troops and their allies killing and abusing civilians. This included such crimes as torture, rape, baseless arrests, the destruction of property and livelihoods, forced displacement and imprisonment without trial.

The massacre at My Lai in 1968 was perhaps the most infamous case of indiscriminate killing, an atrocity that came to epitomise all that was wrong with the war. But it was just one of many, many massacres that never became public knowledge. The staggering cost in Vietnamese lives during the war has been estimated as high as 3.8 million.

Very few American troops were ever brought to trial. Generals, for one, were very reluctant to press charges. Even when court-martial proceedings did go ahead, the Pentagon did its best to drag them out until the public lost interest.

It would be naïve to think Australia has not committed similar abuses wherever our troops have been deployed. There is certainly enough evidence to suggest that suspected war crimes were committed by our troops in Korea and Vietnam.

In fact, war crimes have likely occurred in every war in which Australian troops have been involved, from Harry “Breaker” Morant and Peter Handcock murdering 12 prisoners in the Boer War to the killing of unarmed Japanese in the Second World War.

A moral failure of command and ‘othering’ of foreigners

The interesting thing about the allegations in Afghanistan – regardless of the nationality of the army – is they all involve special forces.

The Australian SAS itself is an elite force made up of highly trained, highly disciplined professional soldiers. There are all sorts of reasons why this discipline might break down during war, causing soldiers to commit unthinkable crimes against non-combatants.

For one, there is a suggestion our special forces have been “contaminated” by contact with the “kill cultures” of other special forces, such as the so-called American “Kill Team” platoon. 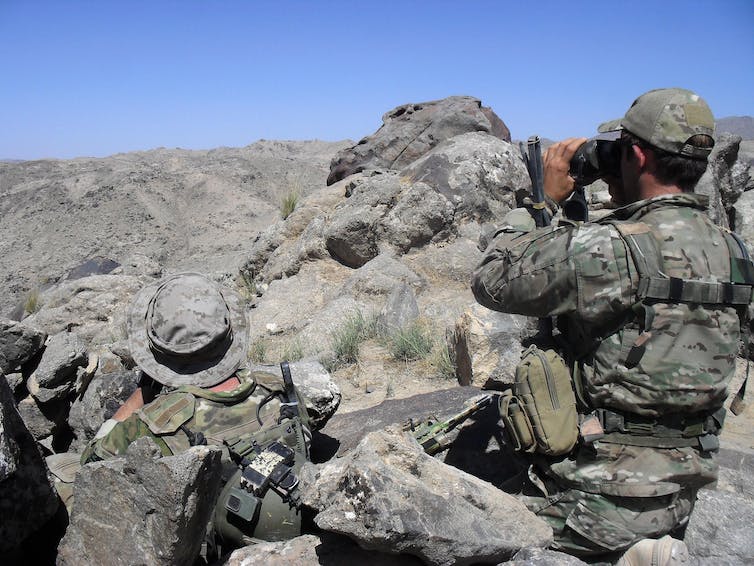 In almost all instances when killing and abuse occurs in wartime, there is also an “othering” that takes place, that is, the inhabitants are seen as less than human, as not like us. It enables troops to commit acts they would never otherwise contemplate.

In Afghanistan, this is helped by the fact the special forces are a closed club. Not only is there is a lack of transparency in their operations, but special forces consider themselves to be above the rest of the army.

Moreover, unlike other militaries, journalists are almost never embedded with Australian troops, so they are unable to report and act as witnesses. Whether this would make a difference is debatable, but since Vietnam, war is no longer televised into our living rooms. We usually only get to see what the army wants us to see.

Ultimately, when an atrocity is committed in times of war, and the army fails to respond adequately, it is due to a moral failure of command, as the special operations commander, Major-General Adam Findlay, recently put it.

Read more: Why Australia should face civil lawsuits over soldier misdeeds in Afghanistan

At least Australia, unlike the UK or Canada, is pursuing an inquiry into possible war crimes in Afghanistan, though whether charges will be laid remains to be seen. However, unless fundamental changes are made to the culture of cover-up in the special forces, or the way these allegations are handled internally, this will continue to be a problem.

The term “special” infers these forces have higher standards than might be expected from conventional soldiers. It’s possible the special forces may have let the wrong people slip into their ranks, but when things do go wrong, it’s because commanders have, for whatever reason, let it happen.

There is no simple solution to this complex issue, but it’s now time for the military to show the same moral courage as those veterans who have chosen to speak out.

Authors: Philip Dwyer, Professor, Director of the Centre for the Study of Violence, School of Humanities and Social Science, University of Newcastle