In a new series, writers pay tribute to fictional detectives on page and on screen.

I count Lee Child’s Jack Reacher as a detective-investigator, though he would show little patience for an apprentice such as me. Peter Temple’s Jack Irish, Stieg Larrson’s Mikael Blomkvist, Michael Connelly’s Harry Bosch, Tana French’s Antoinette Conway, Dervla McTiernan’s Cormac Reilly, and others have guided me along the way.

I can’t say I’ve learned much about how to solve crimes, or even how to face death, but I can say I’ve become addicted to a world where disasters abound and answers eventually arrive.

There has been one detective I’ve stuck with, and perhaps in some ways become more than his apprentice. I might have become his shadow for nearly a decade. Kurt Wallander, working out of the imagination of Henning Mankell. I think I stuck with Kurt, and felt for him because the novels were as much interested in the humdrum details of his life as the crimes he encountered. 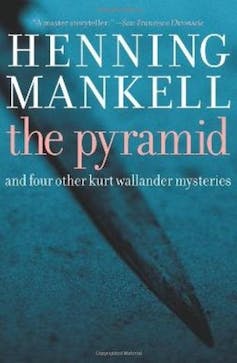 Goodreads First and final Last week I finished re-reading the series of prequel novellas that introduced Kurt Wallander to readers: The Pyramid (first published in 1999). It was in these stories Wallander’s father suddenly bought a house in the countryside and moved there to live alone and paint the same painting over and over again. Then he suddenly decided to travel to Egypt where he was arrested for trying to climb up the side of a pyramid (steeper than he thought it would be, he didn’t get far up it). The shape of the triangular pyramid made some kind of murky, intuitive sense to Wallander as he grappled with a series of at first seemingly unrelated crimes and deaths. And this might be another reason I like the man: he is not particularly bright, though he is particularly persistent. Read more: Agatha Christie: world's first historical whodunnit was inspired by 4,000 year-old letters Of course I have watched and very much enjoyed the television incarnations of Kurt Wallander, including some of the latest Young Wallander episodes. But as a reader (admittedly of English translations) I have a certain textual man in mind so surely that I’m wary of television versions pushing him out. ‘I’m not cut out for this.’ New series Young Wallander shows the young Kurt wondering if he’s meant for the job.I like it that he calls himself a police officer, not a detective, even in the final novel (2009’s The Troubled Man) after he has solved a lifetime’s worth of crimes and finds himself in his 60s doing exactly as his father did — buying a country house on impulse that sits listing among empty fields like a shipwreck. In that final novel, what I like most of all is the relaxed build-up to crimes that will encompass the book. It takes us about 50 pages to get there as we follow Wallander through the buying of the country house, acquiring a dog, trying to train it, learning of his daughter’s pregnancy, becoming a grandfather, struggling to respect her new lover who is the father of her child, and finally coming to face his own fast-approaching decline into dementia. It is not that he seems to be more “real” than other detectives, for any detective worth their salt has personal problems that round out the depiction of a flawed character they must deal with alongside the task of solving crimes. It’s a necessary convention. Wallander, though, did get under my skin. The timing was right. Wallander is just that bit ahead of me in years — far enough ahead to allow my imagination room to be with him but not inside him. He has aged before my time, failed at all sorts of challenges with me (though he did his best), misunderstood himself, as most of us do, while managing to keep what was important to him going in his life. His was no one’s envied life, but it was vividly a life lived with the kind of purpose we might question but could never treat with cynicism. 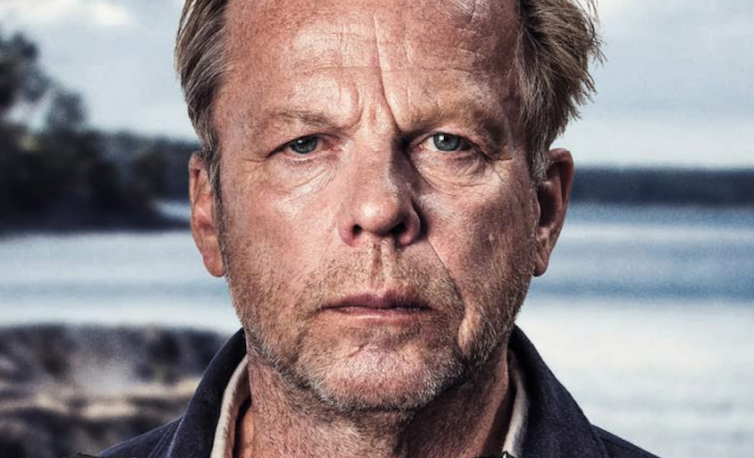 Swedish actor Krister Henriksson played the crusty Kurt from 2005 to 2013. IMDB Read more: Friday essay: from convicts to contemporary convictions – 200 years of Australian crime fiction Slightly exotic There needed to be something else about him, though, to keep me reading across those 11 or 12 novels (depending on how they’re counted). 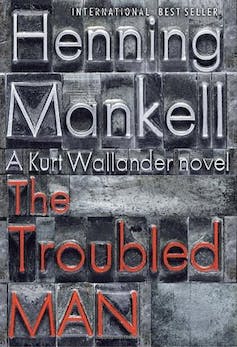 Goodreads Wallander remained that convincing and slightly exotic stranger — the Swedish one who listened to opera in his car, sometimes drank too much alone, ate junk food, and let his temper get the better of him too often, while managing to face death and bring justice to his corner of the world repeatedly. In truth, Wallander is probably too morose, too solitary and grumpy for me to ever truly like. But isn’t that the hallmark of any interesting friend in literature: someone you can be up close to in a book but not have to find a taxi for at the end of the night? Over a lifetime of reading, detective fiction becomes a tribute to the real police all over the world who chase murderers down. We rely on them, and can mostly only imagine what damage this work does to their souls. I am not surprised that one time, after writing 100 pages of a Wallander novel about child abuse, Henning Mankell took his manuscript outside and burned it. There have to be limits to the stories and mysteries that see us through. Read more: At the end of the Wallander era, Nordic Noir has come into its own