In March 2019, a powerful storm hit southern Nepal. Residents in the Bara and Parsa districts had little warning. They sheltered in huts made from mud and brick which collapsed in the wind and rain. At least 28 people died and more than 600 were injured.

The disaster shows how small, remote communities are extremely vulnerable to flash floods, storms and other water disasters. In particular, like many disadvantaged communities, people in these districts had no or limited access to electricity, and no flood alert systems were in place.

We are experts in “humanitarian engineering”, an emerging research field that seeks engineering solutions for populations in great need.

Our recent research identifies the types of communities at most risk of damage from water disasters, including in Australia. It also suggests how local renewable energy generators can electrify disadvantaged communities and help power vital early warning systems. 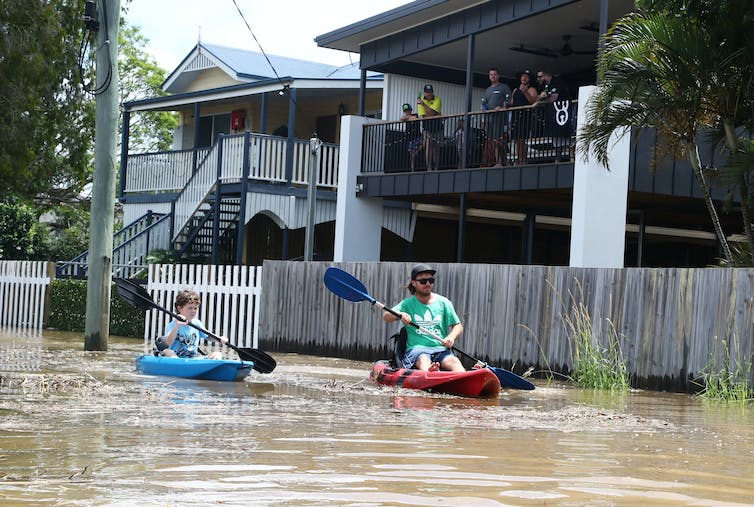 According to the World Bank, 1.47 billion people are directly exposed to the risk of intense flooding, and more than a third of them are poor and face grave, long-term consequences. What’s more, climate change is making such disasters worse.

The impacts of water disasters are greatest in remote, low-income communities where inadequate infrastructure, poor governance and lack of emergency services is common.

Many of these communities have no access to electricity. Aside from leading to poor health, productivity and living standards, a lack of electricity means few effective early warning systems.

When a flash flood hits a remote riverside village at 2am, with no alerts in place, the results can be devastating. For example in Afghanistan in August last year, a flash flood at night flattened homes and killed more than 100 people, including children. 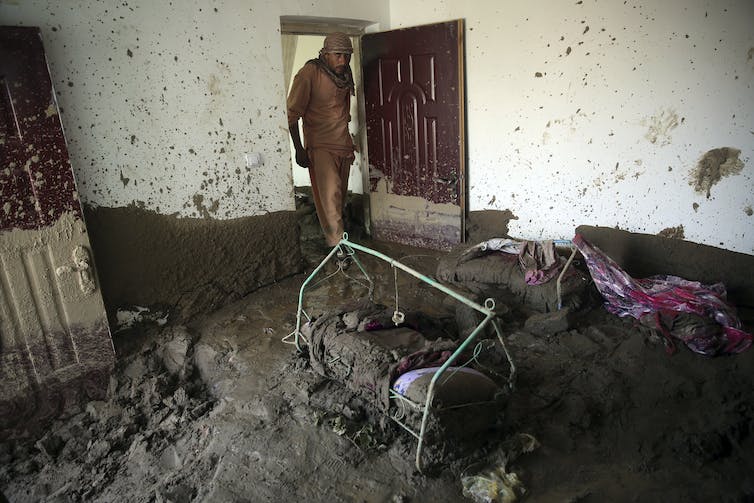 A flood hit Afghanistan in the middle of the night, killing 100 people including children. Rahmat Gul/AP

In Australia, natural hazard statistics showed that between 1900 and 2015, floods were the second-biggest killer, second only to heatwaves.

However in Australia, as overseas, the public is not always fully aware of the potential magnitude of a flood. For example, in 2011 the Bureau of Meteorology reportedly predicted a flash flood in Toowoomba about an hour before the torrent hit, but did not include the information in its public warning.

In Australia as elsewhere, a lack of electricity supplies can also pose problems after a flood. For example in 2017, Tropical Cyclone Debbie left thousands of people in Mackay and the Whitsundays with no electricity or clean water.

Read more: I lived through Hurricane Katrina and helped design the rebuild – floods will always come, but we can build better to prepare 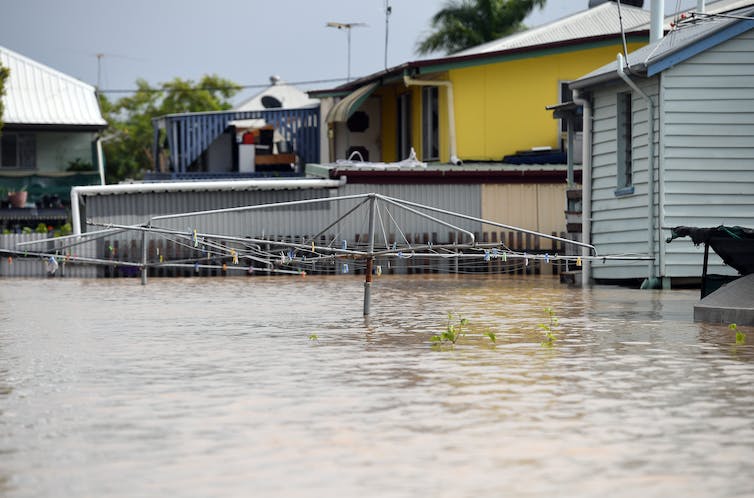 Our research has examined engineering interventions to both improve the social and economic well-being of vulnerable populations, and improve their ability to withstand disaster.

In particular, we’re developing small, low-cost solar or hydropower units, combined with flood warning systems. These hybrid units have the potential to meet both everyday power needs and emergency needs such as sirens and evacuation lights.

Here’s how it would work. Small hydropower units in a river, or solar panels nearby, would generate constant electricity. Sensors detecting water level and flow would be attached to the units. When critical conditions were identified, an alert system such as sirens or lights would go off, warning residents of the danger.

Such systems would function as off-grid renewable energy generators for communities without regular access to electricity, including in Australia. They would also serve as a backup to Australia’s main energy and flood response systems.

We are working with the Sunkoshi Rural Municipality in Nepal to test the feasibility of a hybrid system. We’ve also begun discussions with communities in Brazil, Guatemala and Greece on integrating community solar panels with warning systems to cover both daily and disaster response needs.

Read more: Underinsurance is entrenching poverty as the vulnerable are hit hardest by disasters 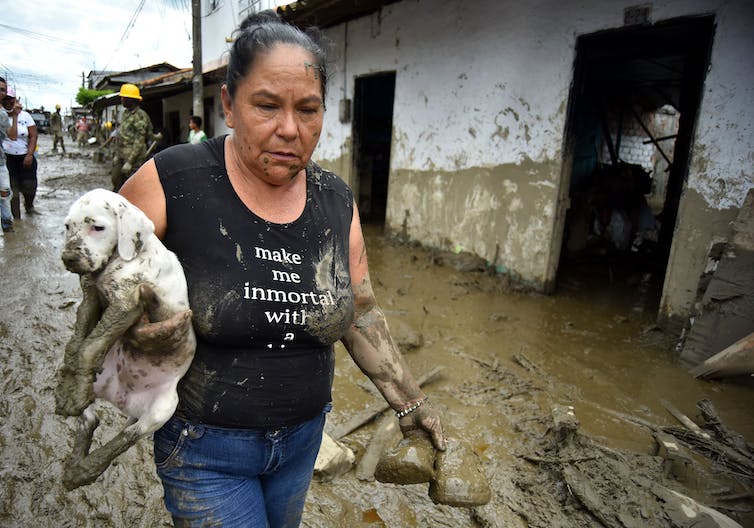 A word of caution

Small renewable energy systems could be a game-changer for some disadvantaged populations, but they are not a silver bullet.

Vulnerable communities require resources to keep the systems running. For example, renewable energy projects in Sub-Saharan Africa have been found to fail, or not perform well in the long-term, due to bad management and planning, poor maintenance and a failure to involve local stakeholders.

And energy systems that are expensive, foreign to local know-how or complex are unlikely to attract long-term involvement from residents.

It’s important that such solutions are community-led and put local needs at the core of decision-making. And such interventions can only be successful alongside strong climate action and sustainable socio-economic development, to help mitigate the effects of disasters.

This article is part of a series The Conversation is running on the nexus between disaster, disadvantage and resilience. You can read the rest of the series here.