The number of Australians attending Anzac Day dawn services has fallen by about 70% between 2015 — the centenary of the Anzacs’ landing at Gallipoli — and 2019.

Last year, Anzac Day dawn services were cancelled due to COVID-19, but attendance had started to erode well before the pandemic. Is this collapse simply the product of commemorative fatigue? Or is it symptomatic of a broader and growing disinterest in the day and what it represents?

My research looked at changing patterns in the commemoration of Anzac Day overseas and, more recently, at data on attendance at Australian dawn services. The biggest decline in crowd numbers was at Gallipoli itself, where numbers fell from 10,000 in 2015 to 1,434 in 2019. 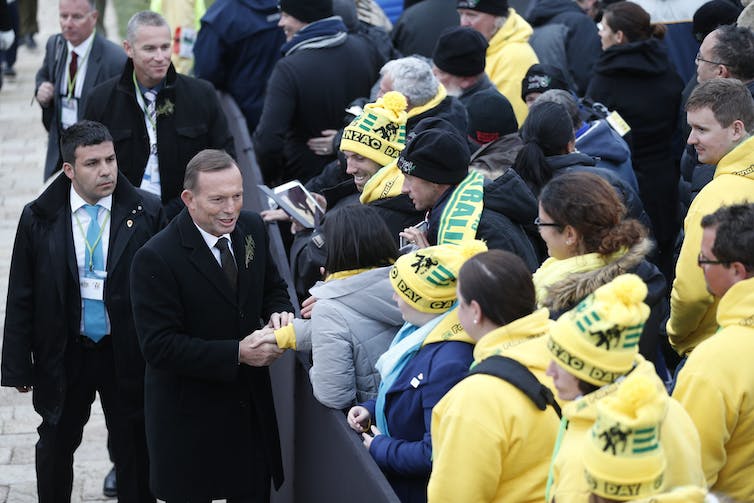 In Canberra, 120,000 attended the dawn service in 2015 compared to just 35,000 in 2019. This is despite it being home to the lavishly funded Australian War Memorial, where a proposed $500 million extension faces increasing community opposition .

Consistent data for regional and rural areas is harder to obtain, but they too have witnessed a significant fall over the same period.

This waning interest is even more striking given the amount the federal government has spent on ways of engaging with the Anzac tradition.

In 2018, the Department of Veterans’ Affairs opened the Western Front’s most expensive interpretative centre, the $100 million John Monash Centre in northern France. The Department forecast at least 110,000 visitors annually but in 2019, the Monash Centre barely met half of this target, with just 54,000 visitors. 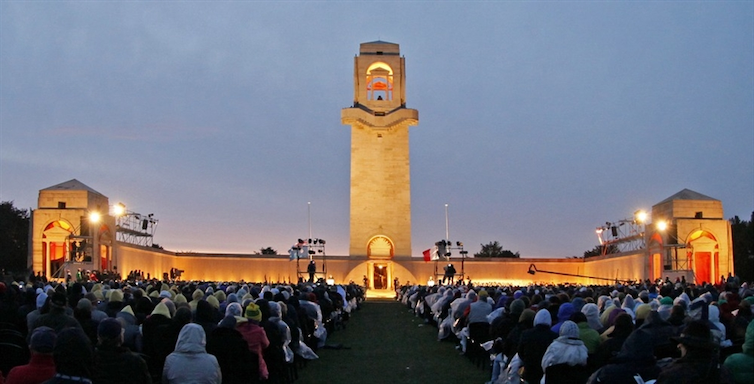 Additionally, Australia’s first-world-war centenary commemorative program, is reported to have cost over $600 million — the largest commemorative budget worldwide for the centenary — even though Australians only represented about 0.6% of all troops in the war.

Has such a commemorative extravaganza, with its nationalistic overtones, turned many Australians off dawn services? 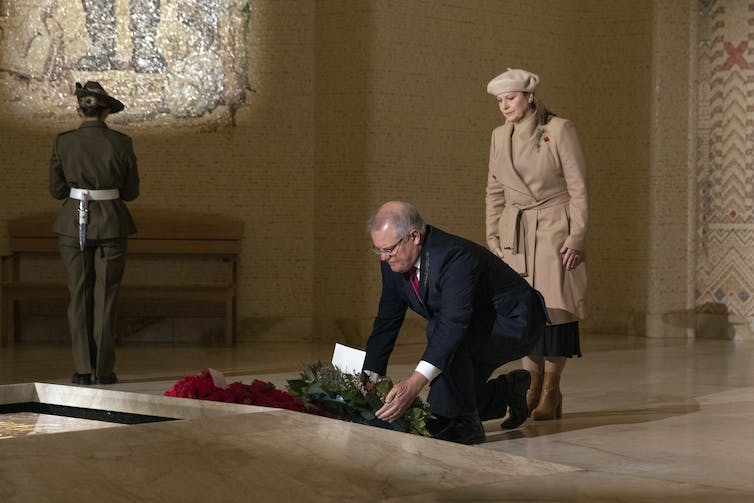 As fewer attend ceremonies across the nation, one wonders if such words still resonate with the public. Indeed former PM John Howard’s efforts to make Anzac a touchstone in the culture wars are starting to stall.

Read more: Friday essay: do ‘the French’ care about Anzac?

Like other commemorative days, Anzac Day has seen several memory cycles in Australian history. There were larger crowds of parade attendees in the interwar period, and exceptionally small numbers in the 1970s as Australians contested the Vietnam war and the Anzac tradition. Crowds grew again in the years leading up to the centenary, but this lavish, government-sponsored commemorative wave has been followed by an enormous fall. 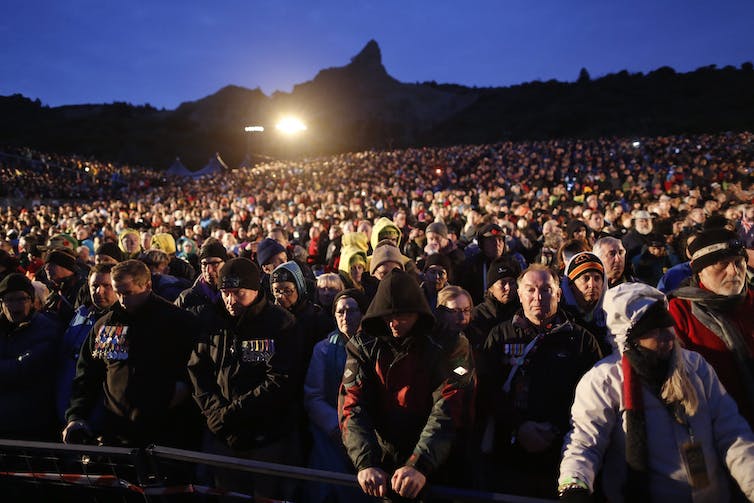 The crowd at Anzac Cove, Gallipoli in 2015. Tolga Bozoglu

Covid-19 has further estranged Australians from Anzac Day: few took up the call last year to commemorate it in their driveways following the cancellation of official services.

Still, more than just commemorative fatigue or the pandemic, it seems what is really eroding Australians’ participation in dawn services is the fading relevance of past wars to younger, more diverse demographics.

In recent years, many young Australians have contested what some consider a whitewashed national narrative. On Australia Day 2018 in Melbourne, more took part in Invasion Day / Day of Mourning rallies than in official Australia Day events, with a “Change the Date” campaign gaining popular traction. 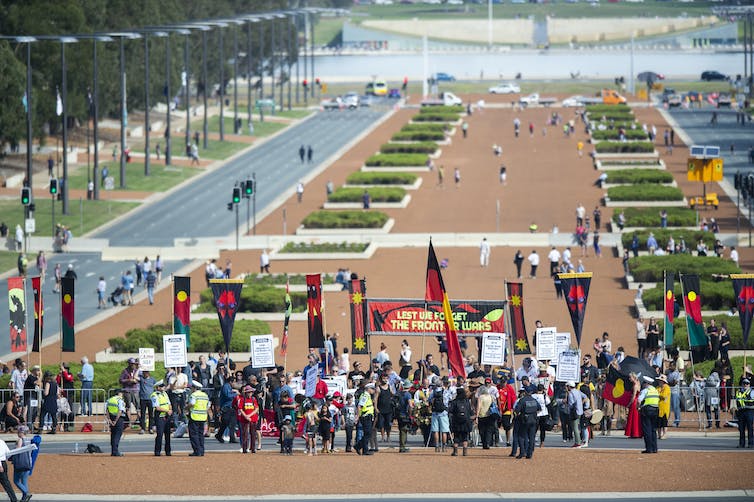 Protesters during the ceremony at the Australian War Memorial in Canberra on April 25, 2018. Rohan Thomson/AAP

Anzac Day has not evaded this mood, with some calling for a greater Indigenous voice in its commemoration. The meaning of Anzac is increasingly contested space as a result of generational change and evolving values.

Read more: On Anzac Day, we remember the Great War but forget our first war

The great diversification brought about by post-war migration programs has made the genealogical connection to the Anzacs more tenuous. Additionally, more recent wars have required fewer Australian troops than the two world wars and Vietnam, meaning the number of living veterans is shrinking. If fewer people embody the Anzac Spirit, this represents another challenge to its longevity.

Traditions are regularly reinvented; they are not set in stone. As Empire Day and God Save the Queen lost their relevance, Australians replaced them.

If Anzac Day dawn services are to draw large crowds again, they will need to become more relevant.

To do so, they could become more inclusive of other demographics and narratives, be less militaristic, and focus on peacekeeping. Recognising the Frontier Wars as part of Australia’s military tradition would also go a long way towards reconciling the nation’s complex past.