It’s an axiom that the effectiveness of documentary typically rests on two things: if its subject matter is interesting, and if we more or less believe in the film’s accuracy regarding its representation of reality.

Of course any representation requires framing that reflects the values of the artist. But Australian photojournalist Travis Beard’s documentary Rockabul certainly bears this proposition out. It is concerned with a very interesting subject – “District Unknown,” a heavy metal band forming in war-torn Afghanistan – and the film never allows technical concerns to get in the way of its presentation of people and events.

The film follows a group of young rock and rollers in Kabul as they form the band, rehearse a great deal – in some cases learning to play their instruments for the first time – and begin to gig at underground parties. They then become more publicly recognised (and, in deeply conservative Afghanistan, imperilled) and perform on bigger stages, including the South Asian Bands festival in India in 2012.

They’re not very good musicians, but this doesn’t really matter, and we do see a marked improvement, from terrible at the beginning of the film, to pretty bad by the end. Then again, the individual musicians don’t have 20 years of lessons under their belts, and the band isn’t recorded by Quincy Jones. 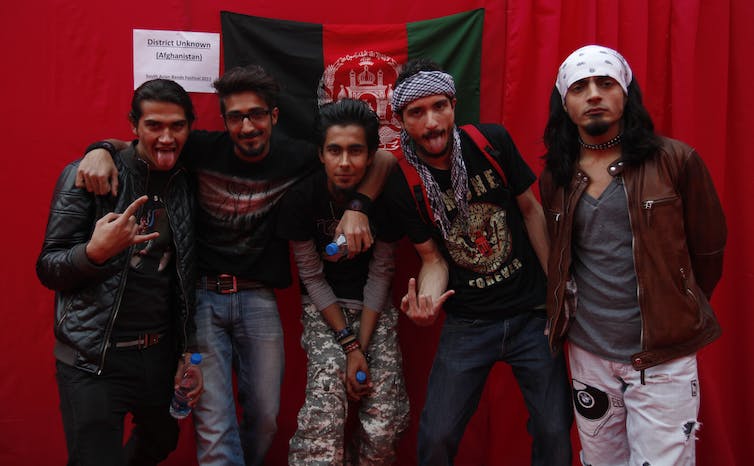 The band: we do see a marked improvement, from terrible at the beginning of the film, to pretty bad by the end. Potential films

Rockabul concurrently follows the efforts of its director Beard – who mentors and manages the band, giving its members a rehearsal space and lending them his gear – as he sets up the Sound Central Music Festival in Kabul, the first of its kind. He appears throughout as filmmaker, facilitator, interviewer, and fellow musician, using his access to resources to assist the band’s development.

The whole thing is, of course, situated in the context of the invasion and occupation of Afghanistan by America and its allies (including Australia), and the attempts of the Taliban to wrest control from the US-supported government.

The film opens, for example, with an interview with a Taliban judge, who declares that he would without doubt kill any infidels, delivered to him by Allah, who listened to rock music - let alone played it. Thus the viewer is aware, from the beginning, of the life and death stakes of these characters’ desire to rock.

This is exemplified when, at one stage, the band perform in masks to protect their own and their families’ identities. This is a very different reason for disguising themselves, one suspects, from that of metal bands of the past, like Kiss, and present, like Ghost.

Like many of the most effective documentaries, Rockabul isn’t always pretty. Whereas, for example, Werner Herzog’s documentaries are frequently buoyed by his ineffable style as a filmmaker, and his penchant for hypnotic images and sounds, the energy behind Rockabul clearly goes into capturing as much as possible of the thoughts and worlds of these characters, rather than stylish framing shots or expensive songs for the soundtrack. (It’s notable that, for a film about heavy metal, there are no well known heavy metal songs used – for financial reasons, perhaps.)

There are some problematic elements underpinning the whole project, as Beard acknowledged in a recent Q and A session, concerning the presence in Afghanistan of Americans and American allies, in relation to an imperial war. Indeed Beard pointed out that he is now making another film that looks more critically at the symbiotic relationship, as he put it, between “the war machine, the aid machine and the diplomacy machine” in the country. 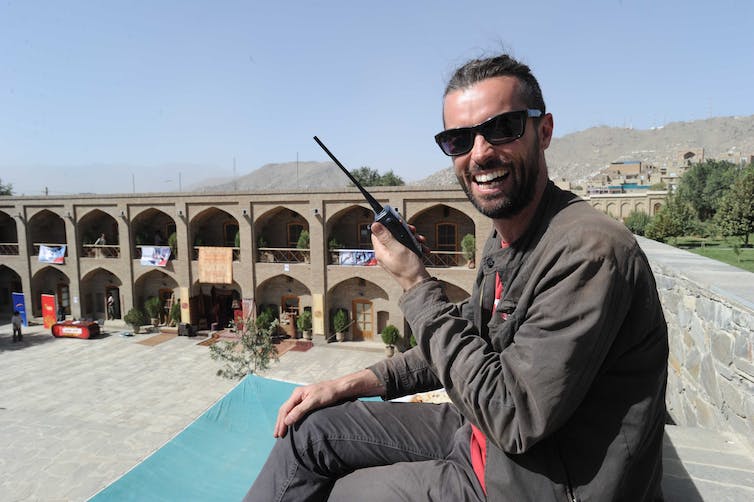 His claim that one cannot put everything in a single film is fair enough. But I suspect Rockabul might have been strengthened with a slightly more overtly critically aware approach to the cultural politics of the region at the time.

The film notes, for example, through archival footage, how much of a splash news of the band made internationally and in the US, with a major article, “Amps in Kabul,” appearing in Rolling Stone. But one cannot help but think that this interest is, at least in part, in service to the aims of the American invasion.

A story about some poor kids who love American culture and are repressed by a despotic community and regime is perfect fodder for ideologically sustaining the more brutal forms of military coercion underpinning the invasion. The US mainstream media seemed predictably quick to jump onto this story of the struggle for individual “freedom” against Islamic oppression, whilst remaining, for the most part, conspicuously silent about the US bombing the hell out of the region in the first place. 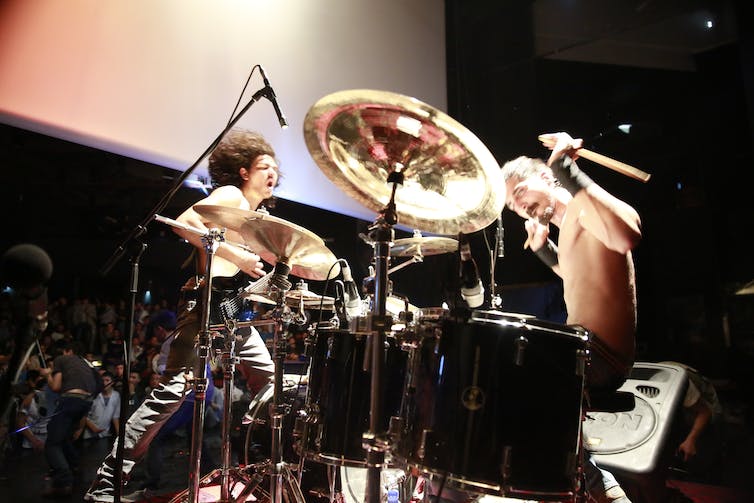 The very fact that Beard’s music festival was funded by ten different embassies in Afghanistan, as he noted in the Q and A session, is worth closer consideration. An embassy is an offshoot of the power of a country. Embassies attempt to influence, through diplomacy, the relations between the host nation and the home nation in favour of the latter.

The fact that all of these embassies were willing to put a bunch of money behind the festival may show that cultural attaches like supporting artistic projects, but it definitely shows the interest these countries had in spreading American culture and cultural values. As political economist Joseph Nye famously pointed out, “soft power” is always a vital complement of hard power.

This is not a criticism of Beard, the festival or the film itself, and, without doubt, the more people rocking and rolling in the world the better.

In any case, Rockabul is an engaging, low-key documentary that does at least one truly great thing: it reinvigorates the viewer’s belief in the subversive and radical potential of rock and roll. In an era of hyper-consumerism, this is an impressive feat indeed.

Rockabul screenings can be found here.