In 2017, Murdoch University successfully applied to the Fair Work Commission to terminate its Enterprise Agreement. From the National Tertiary Education Union’s (NTEU) perspective this was an attack on staff salaries and conditions and showed industrial relations law was deeply one-sided.

For university management having the agreement terminated was a legitimate industrial strategy, justified by a need for flexibility and cost containment. The wider trade union movement supported the NTEU perspective. The Murdoch case contributed to the development of a much wider campaign: “Change the Rules”. Changing the rules of industrial relations for better pay, fairer conditions and job security. Reversing the trend towards high rates of casualisation and low wage growth.

But the rules of the game, as far as universities are concerned, are set in a wider context. The context of what universities are for and what they are intended to achieve. While their economic purpose is reasonably clear, contemporary Australian policy debates focus primarily on how and by whom their teaching is funded. This diminishes understanding of universities’ democratic purpose and wider social mission.

What is the university for?

The principal polarising point in the university funding debate is whether demand or central planning should determine the number of people taught. The second is the proportion of the cost that should be met by the state vis-à-vis the student.

While a proportion of universities’ per student public funding must support research, the funding model’s general assumption is that universities are labour market production lines. Research policy debate is confined to the related ideal of “industry” purchasing university research to reduce the contributions government must make to the cost of university research. Universities have an incentive to see research as simply a fund-raising activity.

These rules need to change in the interests of stronger democracy. Higher education’s current policy focus understates the idea of universities as public institutions serving a public good. Universities have important and essential contributions to make to democracy’s better functioning. The idea that democracy requires an educated population is as old as democracy itself. 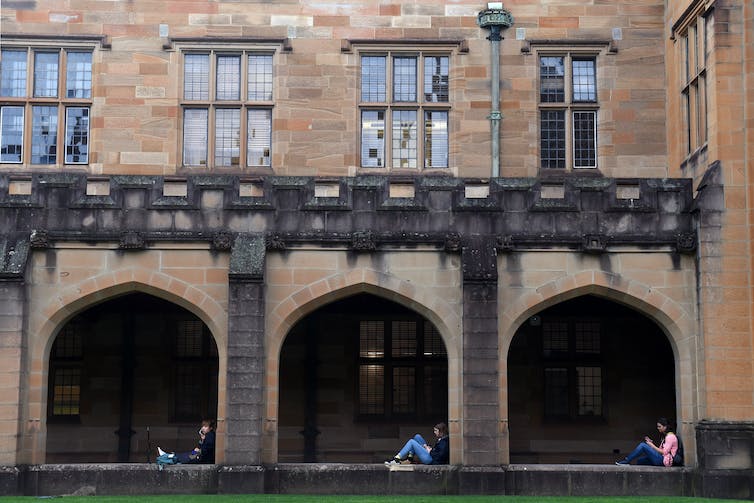 Academic freedom is important because evidence and reason matter to the formation of public opinion. Paul Miller/AAP

Research to support economic prosperity is important, but so is research to support public understanding and capacity to contribute to policy debates. Australia’s research Engagement and Impact evaluation policy understates this by measuring engagement principally in terms of the economic value of relationships with research “end users”.

The university’s most important strength is its intellectual independence, and the academic freedom that assures that independence. Research for government or for industry is not independent. This kind of consultancy work may be legitimate and important, but it ought not compromise the presumption that knowledge cannot fully advance, and the democratic system work as it should, unless research is ideologically independent. It must also be contestable and brought into the public domain for evaluation and debate, and to inform public opinion and decision-making.

There is a public good argument to fund knowledge creation for this democratic purpose, which means academic freedom must be defended at all costs. Yet the University of Melbourne, for example, took steps to weaken that essential characteristic of university research when it proposed removing from its Enterprise Agreement the commitment that its academics would “engage in critical enquiry, intellectual discourse and public controversy without fear or favour”. This suggests an institution willing to compromise its democratic mission.

Academic freedom is important because evidence and reason matter to the formation of public opinion. They matter to the analysis of “fake news”, to counter-balancing an increasingly partisan Australian private news media at the same time as financial support for the national public broadcaster is being reduced.

Research that is not independent, that is conducted with fear and favour, is unscholarly. It compromises intellectual integrity and ensures knowledge cannot be a public and democratic good. Research for public good and research sold for private benefit can co-exist, but the latter cannot override the public mission of a public institution.

Universities play an essential role in the development of vocational and professional skills for both the individual and the common good. But if this is all they do, if they are not independently and objectively discovering and disseminating new knowledge for the public good, a society is presuming ignorance as a substitute for robust democracy. 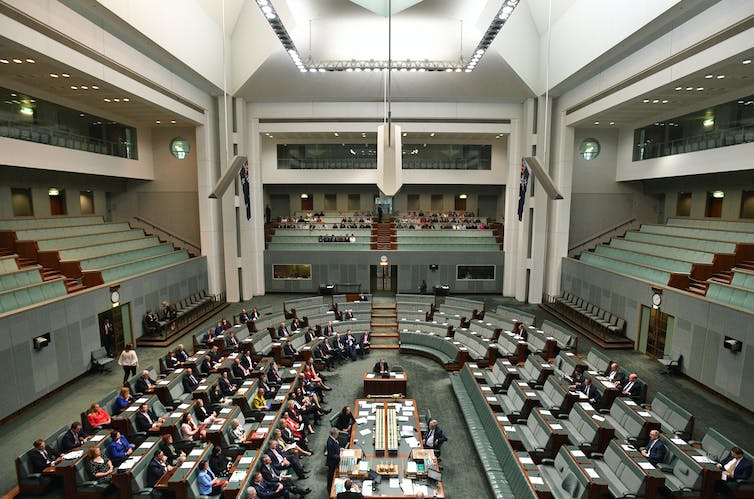 In a democracy, university graduates should leave with an understanding of power, where it comes from and why, who has it and why. Mick Tsikas

There is a public good argument for people to graduate from university with a well-developed understanding of power. Where it comes from and why, who has it and why, and how one influences it for society’s betterment. Highly developed critical thinking skills, the ability to write clearly and present well-informed and reasoned arguments are essential to influencing power. They ought not be the skills of an elite who have the money to buy the time to read, think and deliberate.

This is partly an argument for raising the status and availability of a liberal arts education, either on its own or in conjunction with a professional or vocational degree so that the social imperative to ‘be’ something when you grow up is still satisfied: an idea inculcated in children even before they start school.

One may reasonably wish to be a nurse, a teacher or an accountant but one should also expect to be a citizen. A nurse should be able to contribute to health policy debate. A teacher ought to know more than what must be taught this week. An accountant should know the democratic and social context in which business operates. 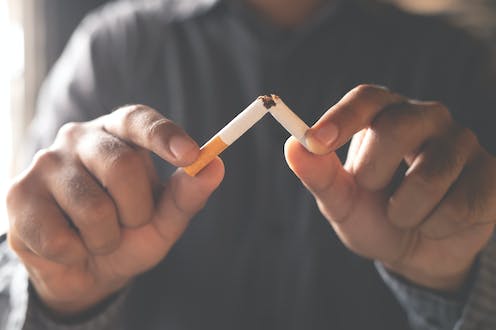 ShutterstockSmokers are worried. A respiratory disease is running rampant across the globe and people with unhealthy lifestyle habits appear to be especially vulnerable. We know smokers hospitalised with COVID-19 are more likely to become severely unwell and die than non-smokers with the disease. At...

Jeff Chiu/APYou might have missed it – what with the biggest recession since the 1930s and a pandemic going on – but there may be big, and bad, changes happening to a media landscape near you.Right now the Australian government is considering amending the Competition and Consumer Act 201... 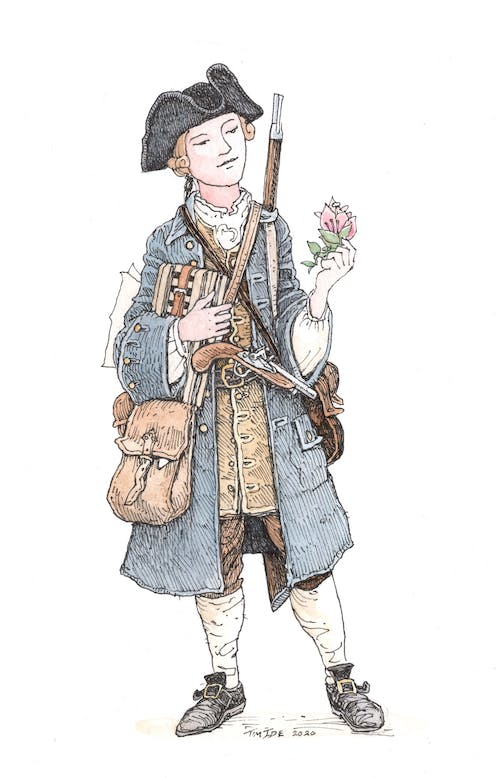 A modern portrait of Jeanne Barret disguised as a man, based on the author's interpretation.Timothy Ide, Author providedIn 1765, a young, peasant woman left a remote corner of rural France where her impoverished family had scraped a living for generations. She set out on a journey that would take he...

The extreme, recent drought has devastated many communities around the Murray-Darling Basin, but the processes driving drought are still not well understood. Our new study helps to change this. We threw a weather model into reverse and ran it back for 35 years to study the natural processes leading ...

Scott Graham/UpsplashIt’s one thing to bring forward tax cuts, as the government is thinking of doing in the October budget.It’s another to leave wide open an arrangement that allows substantial tax minimisation (or elimination) on income of a trust for generations.Many people know about... 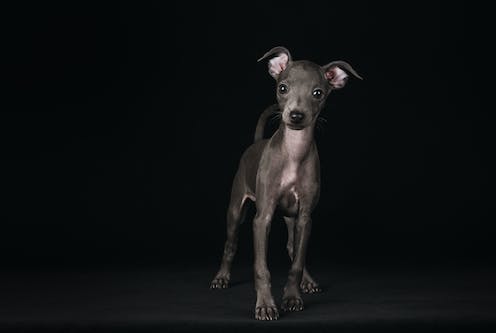 ShutterstockIt’s been more than four years since New South Wales greyhound racing was rocked by a special inquiry that found overwhelming evidence of systemic animal cruelty, including mass killings. Overbreeding and euthanasia of healthy dogs is still one of the industry’s biggest chall... 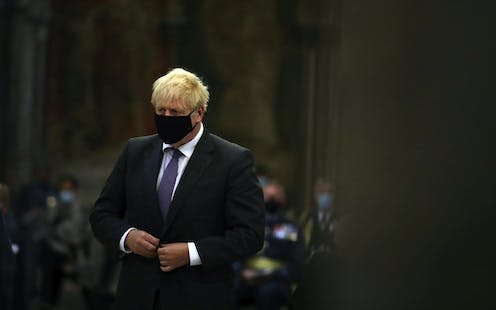 Aaron Chown/AAPThe United Kingdom has already been battered by COVID-19, with about 410,000 cases and more than 41,000 deaths.But after some respite over summer — and entreaties to “Eat Out to Help Out” to boost the economy — the UK is now facing a terrifying second wave. Thi...