The outlook for our eye health is grim. By 2020, more than 800,000 Australians are expected to experience vision loss or blindness (source: www.visioninitiative.org.au).

But experts say 90 per cent of vision loss is preventable or treatable with early detection.

EyeHealth1st.com.au (powered by MyHealth1st) is looking to prompt more Australians to get their eyes checked before it’s too late with today’s launch of a national early intervention campaign that aims to reach five million Australians every month.

EyeHealth1st turns the nation’s eye health into a community effort, aggregating the nation’s independent optometrists together into a dedicated online education and booking platform. Users can quickly and easily find local and trusted eye health specialists – often with same-day availability. Booking an appointment only takes a couple of clicks or swipes from any internet-connected device.

Jeremy Richards, a Melbourne-based optometrist with more than 20 years’ experience, said: “The scary truth is that by the time eye disease symptoms start to appear, it may be too late to prevent permanent damage to your vision. Australians aged 40 and above may not realise that they are at higher risk of developing an eye disease. A simple eye health check every two years should be a regular and essential part of every person’s healthcare routine, just like regular check-ups with a GP and dentist.”

“Independent optometrists offer a huge value to their communities with their focus on building ongoing relationships with patients and their families. As you get older, it becomes more important than ever to have the same trusted healthcare providers who can give you a personalised and consistent level of care.”

Klaus Bartosch, managing director and co-founder of MyHealth1st, said the national campaign was tackling the two main reasons Australians don’t take better care of their eyes: a lack of education and apathy.

“EyeHealth1st is going to drive greater awareness around the importance of regular eye health checks and early detection through a multichannel marketing and public awareness campaign. This will be heavily supported by the new EyeHealth1st online directory, which helps Australians find and book appointments 24/7 with available optometrists in their neighbourhoods – virtually eliminating the friction when it comes to booking appointments. The days of having to ring around to multiple optometrists during business hours is over.”

“This campaign is about improving the health of the eye. It’s about prevention and early detection. Most people would agree that sight is their most important sense. So we mustn’t lose sight of what’s important.”

“We know and understand the importance of oral health by the time we are teenagers. We want every Australian to think about eye health the same way – and it becomes critically important in people over 40 years of age. The best way to get your eyes checked is through one of the thousands of qualified independent optometrists in Australia on EyeHealth1st.com.au.”

EyeHealth1st.com.au is a sister site to MyHealth1st, the online healthcare appointment booking service that started six years ago to make it easier for Australians to find and book medical appointments with their preferred providers. Already, over eight million users have booked appointments with broad range of health professionals like doctors, dentists, optometrists, physiotherapists.

MyHealth1st has rapidly become Australia’s number one independent optometry online appointments directory, which has made it possible for the company behind the platform, ASX-listed 1st Group Ltd, to launch EyeHealth1st: a major national early intervention campaign supported by independent optometrists on the MyHealth1st platform and industry partners including Glaucoma Australia and Optometry Giving Sight.

“EyeHealth1st will give a bigger voice to the army of independent optometrists in Australia who are our community’s experts on eye health. These practitioners have been quietly serving our suburbs with a higher level of personalisation and care that simply isn’t offered by larger competitors. By bringing this cohort of eye health experts together, we’re working to help eradicate the problem of preventable vision loss in Australia for good for our growing aging population,” added Mr Bartosch. While digital cameras have become increasingly advanced over the past few years, film photography is far from dead. Today, hobbyists and professional photographers alike are dusting off their old film cameras and taking a trip down memory lane as they relive the good old days of analogue photogr...

The current surge in community transmission of COVID-19 in Victoria has brought renewed discussion of whether Australia should maintain its current “suppression” strategy, or pursue an “elimination” strategy instead. But what do these terms actually mean, and what are the dif... 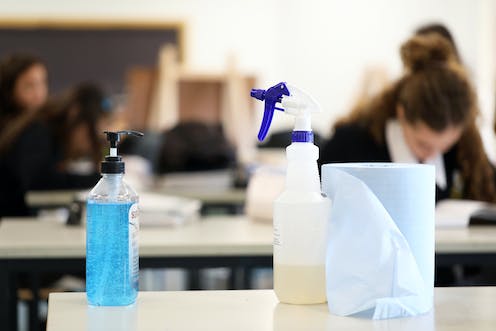 ShutterstockVictorian senior students returned to school this week, as did those in specialist schools. This follows substantial community transmission of COVID-19, and stage three restrictions, in metropolitan Melbourne and the Mitchell Shire. Although senior and specialist school students in the ... 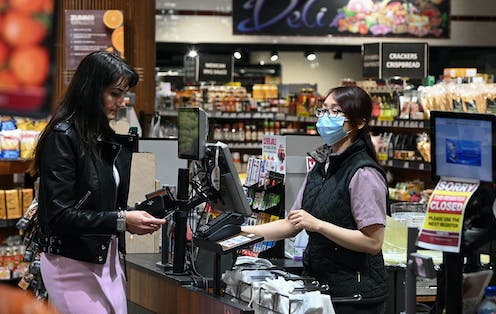 Loren Elliott/AAPMany Victorians are now being asked to wear a mask in public if they can’t socially distance. It is possible this practice may be encouraged more widely across Australia, amid a push from health professionals to increase mask-wearing. Read more: Victorians, and an...

Eliza Scanlen’s film Mukbang (2020) has become a flashpoint in race relations in the Australian screen industry. Scanlen’s film is famous not for winning Best Director in the short film category at this year’s Sydney Film Festival, but for the controversy it has sparked.The film fe...